Take the gag out of my mouth so I can tell her to come back later! – Girl Next Door Bondage

A man has invaded Gigi’s home and has her tied up and gagged. All of a sudden, there is a knock at the door. It is a woman there to see Gigi and she will not leave without seeing her. So the man takes the gag out of Gigig’s mouth and make her hop to the door. He opens it only enough for the woman to see Gigi’s face. Gigi tells her that something unexpected has come up and they will need to reschedule their meeting. The woman leaves without knowing what is actually going on inside the house. Once she is gone, the man gags Gigi again. He also adds more rope to secure her until she is helpless. He then leaves Gigi struggling bound and gagged as he finishes looking for the things he came for. 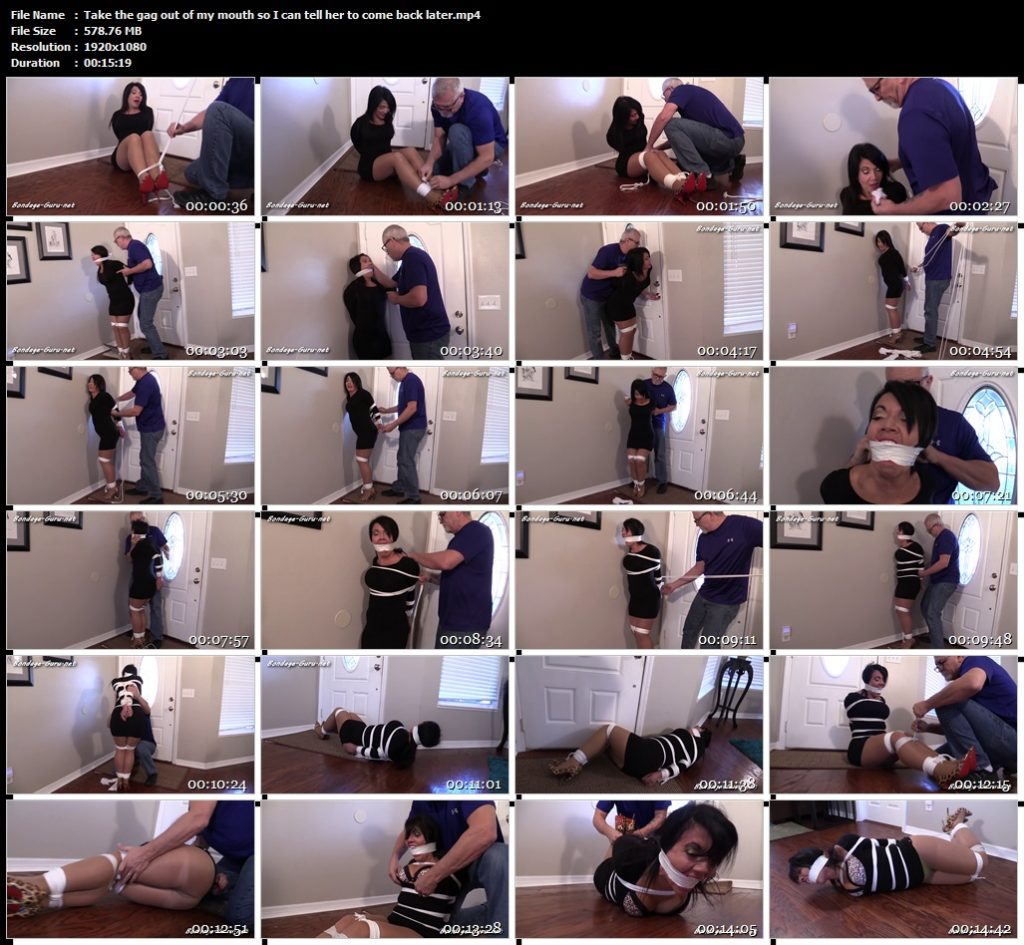