He was out late searching the streets for some new merchandise when he spotted a hot young girl dressed up it a short slutty tight skirt and shiny pink crop top. Complete with knee high stilleto boots, he knew she was just the type he was looking for to please his clients, and even he wouldn’t mind seeing her bound and gagged in that skin tight outfit of hers. So he captured her and took her back to his place where he tied her up with rope. The scene starts with her struggling and fighting him as he fondles her, she knows she was dressed like a hooker, but insists she really isn’t in to this bondage stuff! She begs him to untie her but he just continues to grope her bound tits, so she resolves to calling for help, but before she can he stuffs her panties into her mouth and wraps duct tape all the way around her head several times! She is shocked by this, her eyes wide in terror as he tells her she will be perfect for his buyers! She doesn’t like the sound of that and struggles harder, so he decides to knock her out with a needle into the neck and let her sleep it off for a bit while he makes some calls. He binds her elbows as a nice little surprise for her when she wakes up! When she does she is confused for a minute but as she notices her predicament she starts to remember everything and begins to panic! She struggles hard against the ropes in attempt to get free, but the slave trader hears her mmmpphing commotion and decides to go check on his bound captive. He finds her squirming around helplessly on the floor, still brutally tapegagged, just how she should be! He hogties her for added secureness and snaps some preview photos for her buyer. He leaves her there again, now tightly hogtied and in full blown distress knowing that her time is running out! She desperately struggles but grows more hopeless as the minutes go by without any progress. If she doesn’t escape soon, who knows if she will ever be free from bondage again! 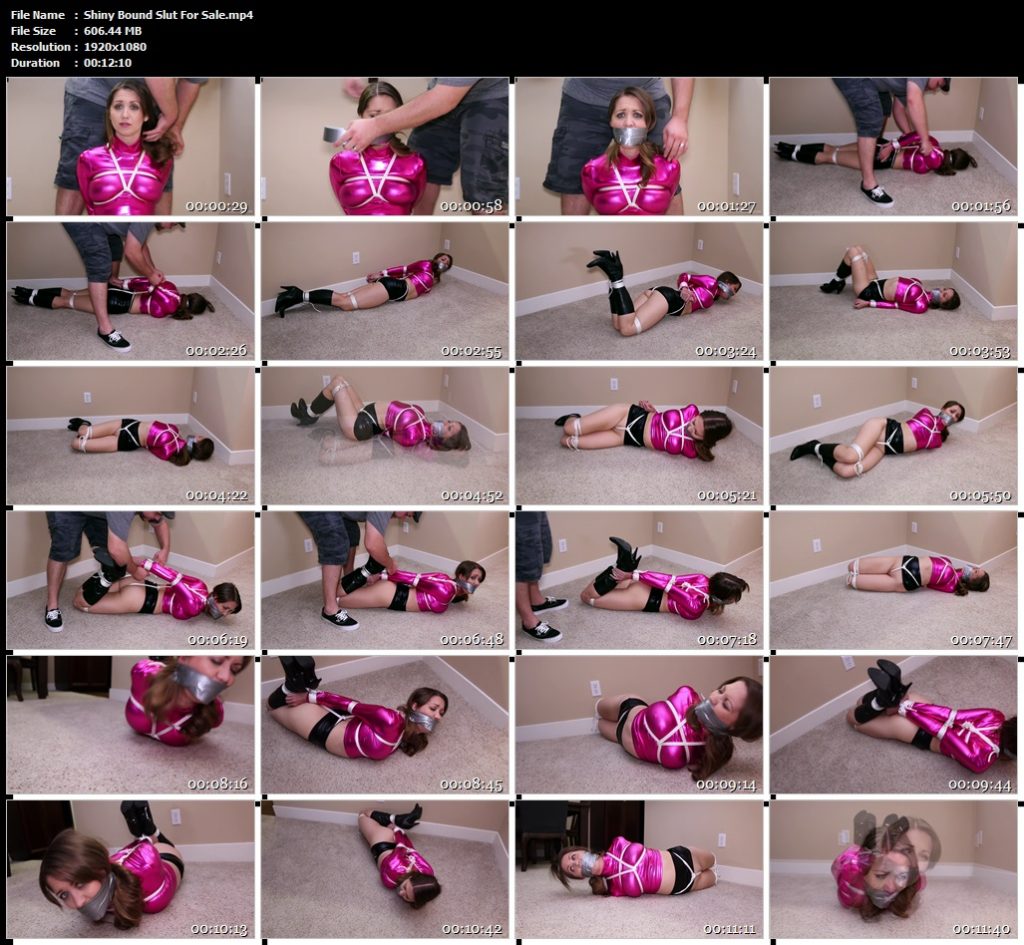