Two girls have been grabbed off the street by a man who enjoys tying up women and keeping them as his play things. As the girls are forced into their captor’s lair, they are both locked in handcuffs, making escape difficult. The man locks Lydia’s arms around a pole, leaving him free to work on tying up Vonka, placing her in a hogtie on the floor. As soon as she is secure, he removes the cuffs from Lydia’s wrists and forces her down onto the floor next to her friend. In less than two minutes, she two is bound in a hogtie. Their captor they gags both girls with duct tape and leaves the room. Lydia and Vonka struggle against the ropes holding them, but getting out alone seems hopeless, The girls position themselves so that they can untie one another. It takes an agonizing length of time, or so it seems to them, but free at last, they make a run for the metal doors via which they entered. The lift the door, only to find the man on the other side, armed, as if ready for them. He makes the girls re-enter his lair, once again securing Lydia to a pole with handcuffs while he re-ties Vonka. Because they tried to escape, the girls are now to be punished. Their captor ties each of them in such a way that they are forced to kneel with their feet off the floor. Ropes attached to the ceiling hold them upright, leaving them in a very uncomfortable predicament. This time, the girls are cleave gagged before their captor begins groping them, advising them to get used to this because “We’re going to be together for a very long time.” When he finally leaves them alone again, the girls cannot possible reach one another to untie any of the ropes, not this time. All they can do is kneel and moan through their gags, desperately uncomfortable and helpless. 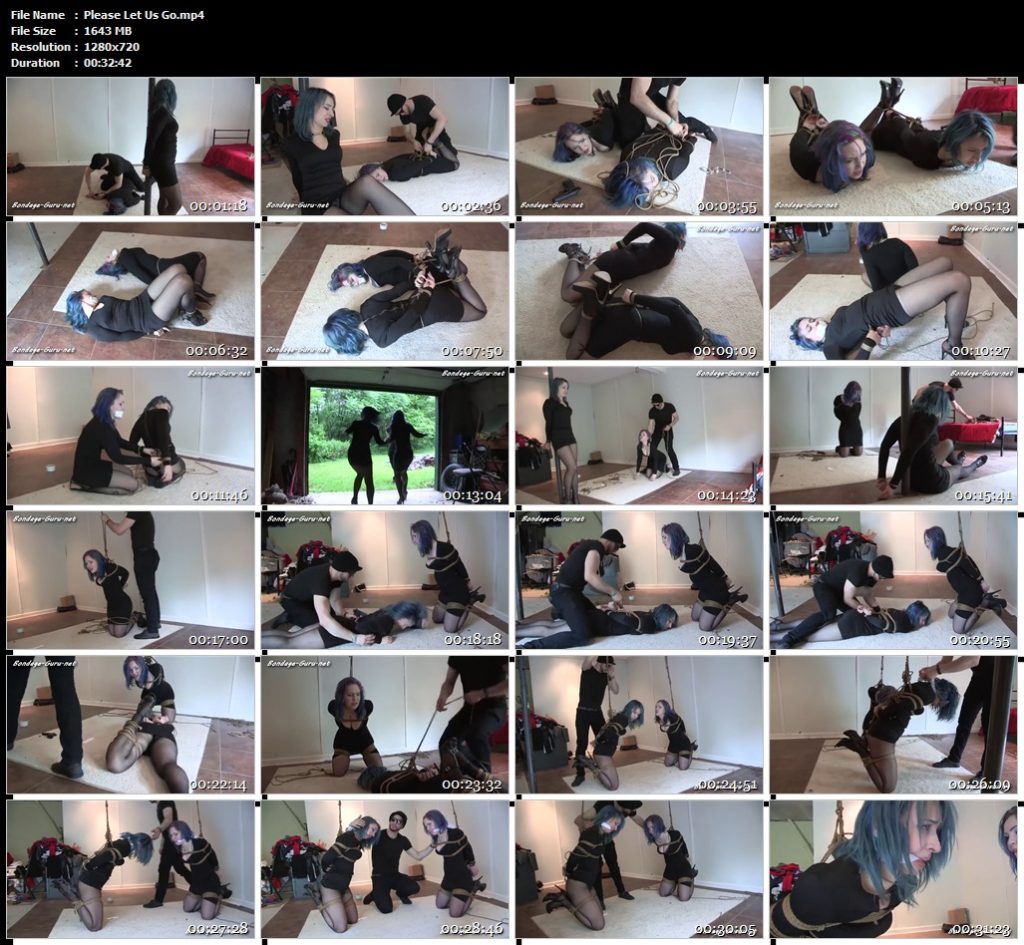 The Disappearance Of Dakkota: Part 1 – Dakkota Grey – Beauties in Bondage

Her Hidden Past – Rachel Adams – Beauties in Bondage

I Finally Caught You – Jamie Daniels – Beauties in Bondage