Penny one of the evil villains that has captured Supergirl goes to check on her if she’s still in her cell. Suddenly she is ambushed by Mr. Trance. He puts her in a trance and tells her to keep quiet to not alarm the other evil villain.

He ties her hands behind her back and stuffs a sock in her mouth and wraps around microfoam tape to keep the sock in. When he secured her and made sure she can’t alarm the other villain he stops the trance. Now tied, gagged and helpless she tries to alarm the other villain but there is only some mmmphhing coming out of her mouth. Mr. Trance goes into hiding again.

Penny now knowing that Supergirl is her only chance of escaping tries to pull the Kryptonite bracelets off to give enough powers back to her. But the Kryptonite alloy of the shackles still deminish the powers of Supergirl. Both Supergirl and the evil villain struggle as hard as they can but their hopes are on the last evil villain Dolly.

Are they going to be saved? 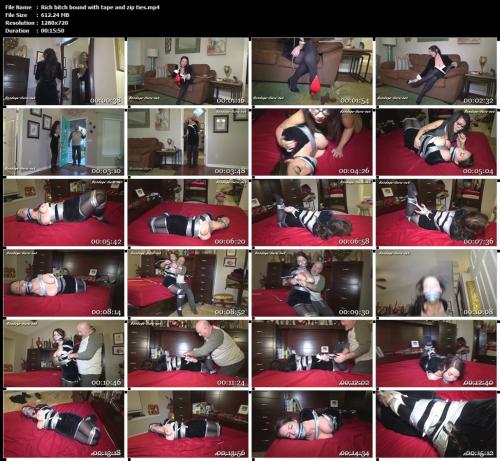