Nyxon is a secretary who volunteers for a local scout troop. She’s been teaching them knots, and she has come up with a test for their rope badge. She tells them to tie her up to see if she can escape. The scouts (off camera) tie Nyxon’s wrists behind her back, and her ankles. She notices that there’s a lot of unused rope, and she suggests that they use all of the rope. The scouts comply, and add an elbow rope, a chest harness, a crotch rope & cinch her knees together. Nyxon tells them that they did a good job, then asks them to do one more thing. She tells them that she wants them to gag her so that she can’t cheat & use her teeth. The scouts stuff Nyxon’s large mouth with a white rag, then wrap pink vet wrap over her mouth & around her head. Nyxon struggles in the ropes until she’s completely worn out. 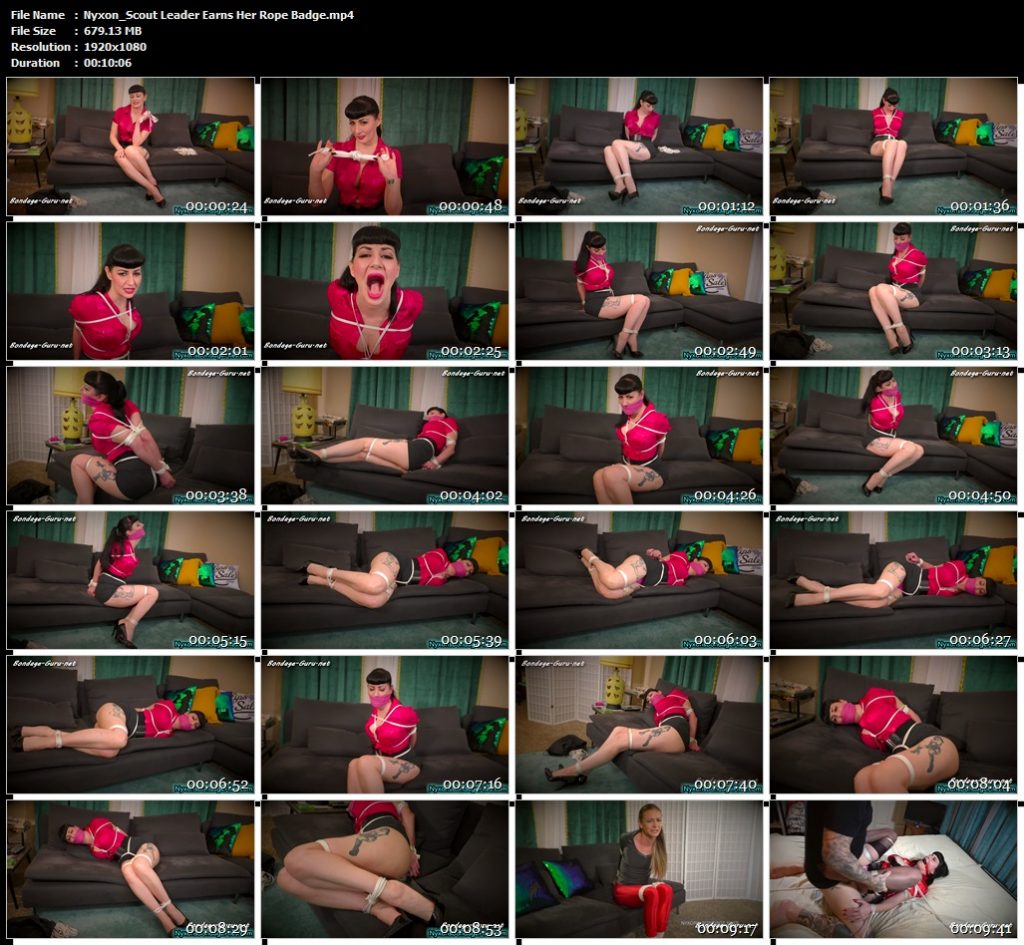