Nyxon’s feeling a bit frisky & decides to check out Tinder for some hot action. She swipes right on a handsome fellow, and is surprised that it’s an immediate match. She messages him, and sets up a date for later that evening. When the doorbell rings, Nyxon runs to open the door, but is extremely disappointed with who’s on the other side. The man tells Nyxon that he’s her Tinder date, but Nyxon tells him that he must be mistaken. He’s much older than the guy in the photos, and is definitely not her type. The man Laughs in Nyxon’s face & calls her a dumb whore as he pushes her back into her house. He pushes her up against the wall & ties her wrists behind her back. He ties her legs together while she’s standing, and then runs to the car to get more supplies. Nyxon furiously struggles to get out of the ropes, but the only thing she manages on doing is falling onto the floor. The man returns & places a huge ballgag into Nyxon’s mouth. He then pulls her big tits out of her tiny tube top, then pushes her onto her stomach on the floor. He pulls down her shiny red spandex pants, the ties her into a tight hogtie before leaving her there to struggle. 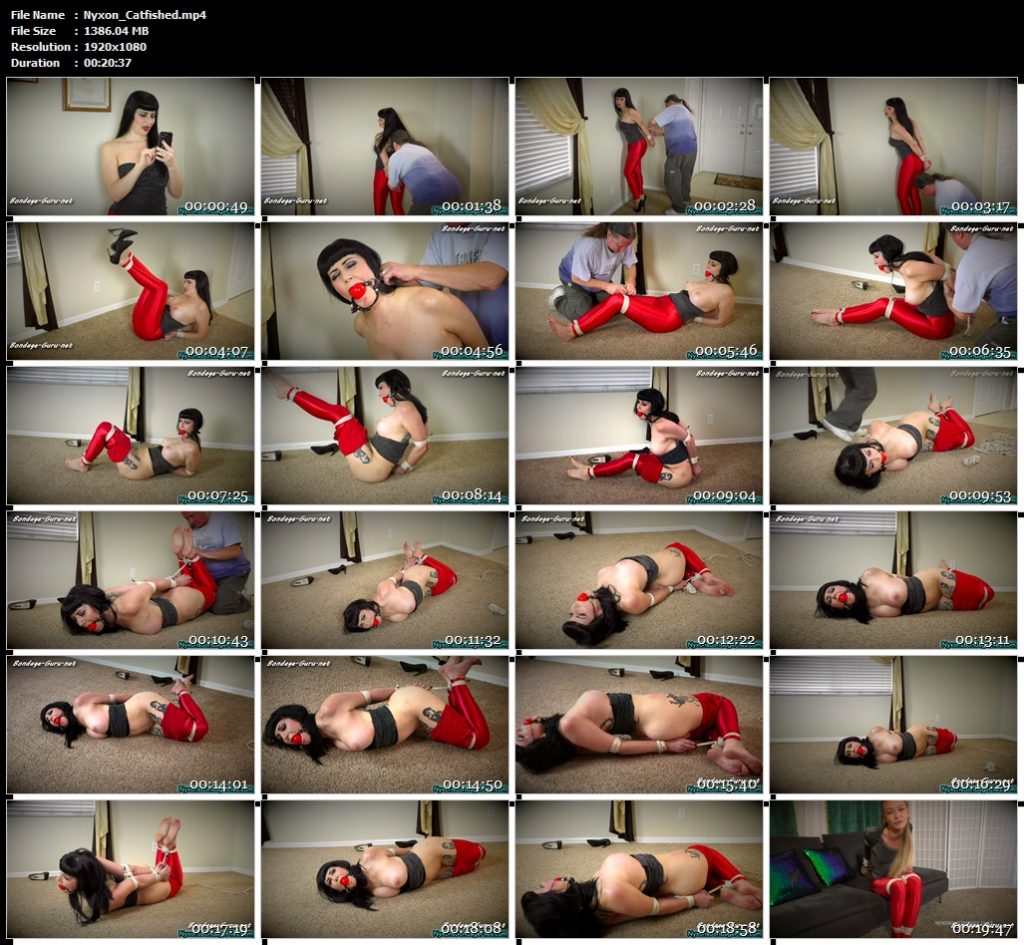