He didn’t expect to find Rachel, the lady of the house home when he broke in. Lucky for him, she had plenty of pantyhose which he used to tie her up. He gagged her by stuffing panties in her mouth and tying one of her husband’s neck ties between her teeth very tight. Rachel was left to struggle bound and gagged at the top of her stair case. But because she was tied so painfully tight, she could hardly move around at all. The gag was also so tight that trying to make any sound caused her to gag on the panties. When the man was ready to make his get away, he came back to the tied up housewife. He decided to gag her different by keeping her mouth stuffed, but instead of the neck tie, he taped her mouth. He then took her up into the attic and hogtied her to make sure it took her husband some time to find her. 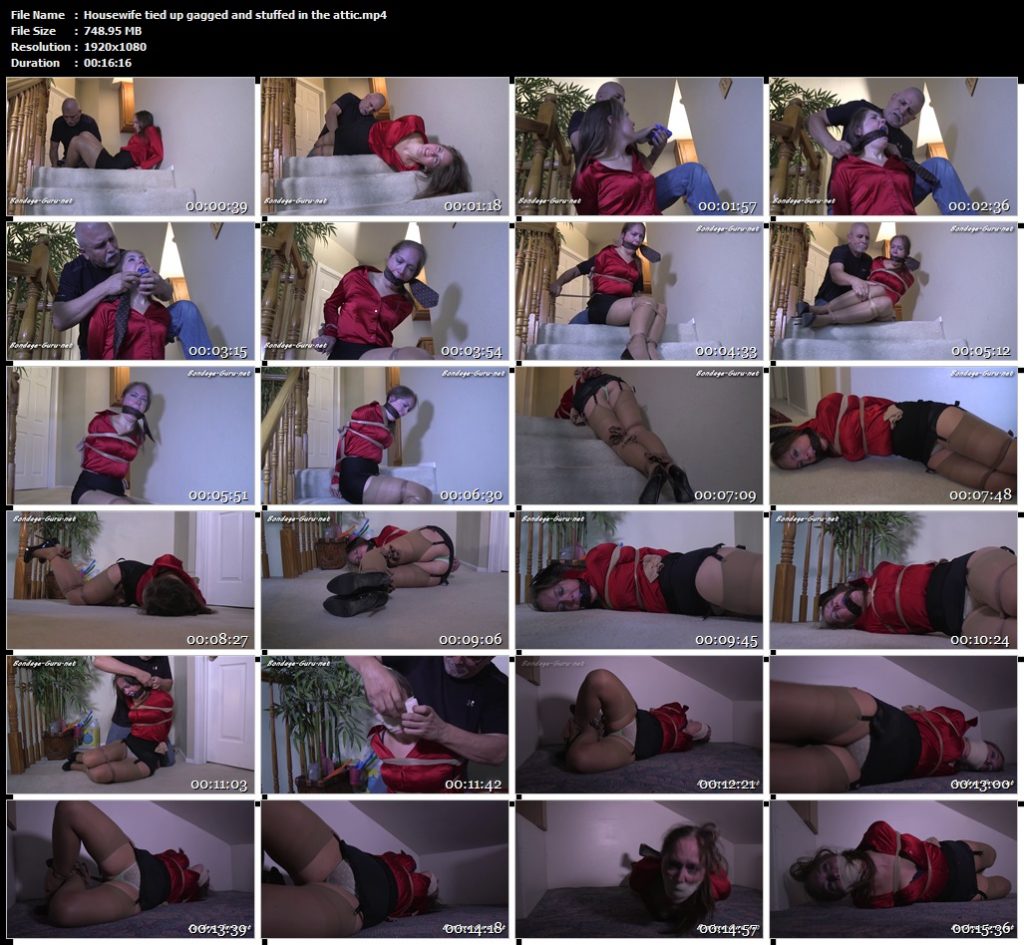 Mouth Stuffed and Tied Up Girls – RACHEL-Caught me snooping-What are you going to do! Tie me up like those girls in your books!

Rachel Adams…Strappado in the Basement Dungeon! – TIED IN HEELS

Rachel Adams: Mine for the night – Bondage by Ivan Boulder