Mouth Stuffed and Tied Up Girls – Don’t let your wife find your full figured girlfriend tied up with her big tits out!

He was in his work room when her neighbor Joy came in. Since she and she were having an affair and his wife was home upstair, he tried to make her leave. But Joy wanted to play and threatened to report their affair to his wife. He could not let her do that and he quickly grabbed her. When he started to tie her up, Joy thought that it was a kinky game he wanted to play. But once he had her all trussed up, he told her that he was going out for the night with his wife and that she was going to stay put until he got back. Joy immediately started to protest. But all that got her was a pair of panties stuffed and taped in her mouth to gag her. Then after pulling her blouse open and her bra down, the boyfriend tied more rope around her to pin her arms against her upper body. This made it impossible for Joy to reach above her great big tits and pull the gag out of her mouth. Joy struggled hard to get loose. But it was no use, her boyfriend had her tied up tight and she wasn’t going anywhere. 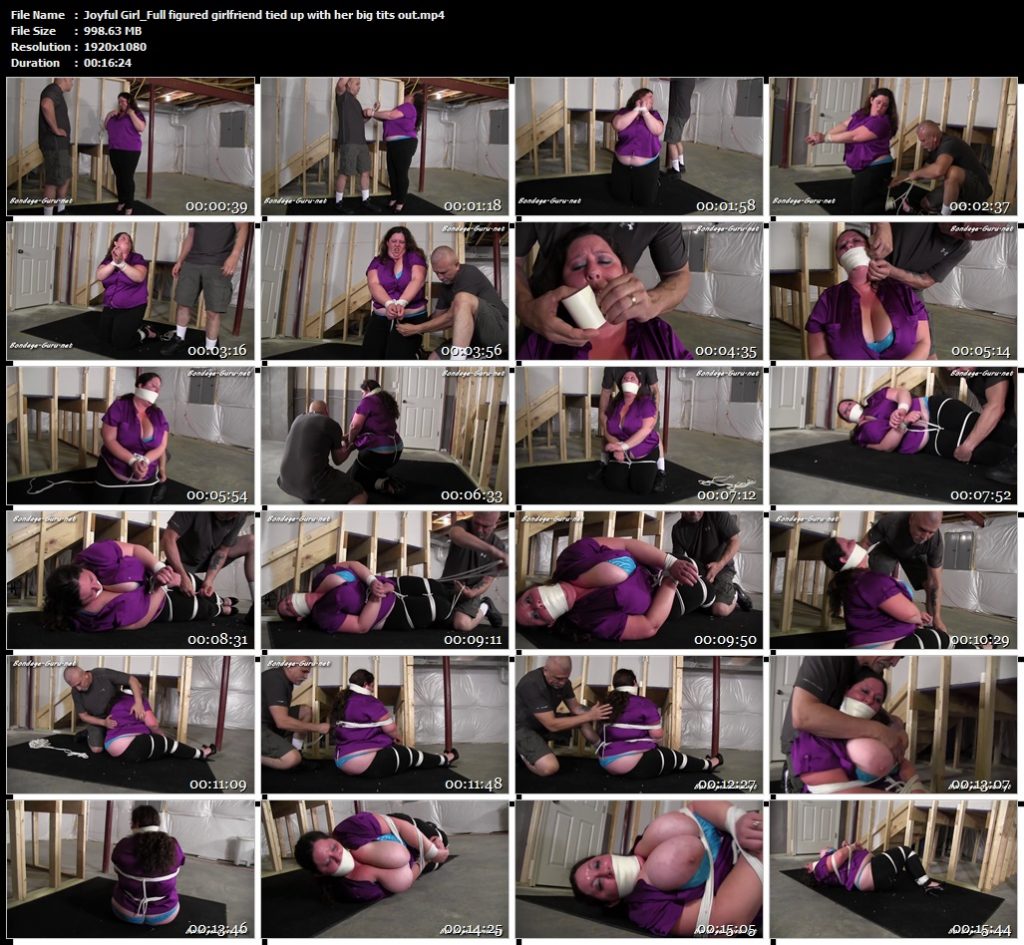 In school, did you ever think about tying up and gagging your full figured Teacher! – Girl Next Door Bondage

His daughter’s voluptuous girl friend came down stairs for a tight tying, a gagging and a hard ride – Voluptuous and Vintage Girls

Some Blind Date this is! He has me all tied up and gagged! – Mouth Stuffed and Tied Up Girls

Kept taped up, gagged and stashed away in an abandoned garage on the wrong side of town – Mouth Stuffed and Tied Up Girls

Working late tonight honey! The new boss is going to be showing me the Ropes! – Mouth Stuffed and Tied Up Girls