Kendra thought it was very funny humiliating him like she did when she posted some photos she took of him in a very embarrassing situation. But now he had her and she was going to find out her joke had consequences. When he started to tie her up, Kendra tried to protest. This only went on until her hands and legs were tied. Because once he was sure, she could not get up and run away, he brought a pair of panties that he borrowed from a girl in the office who wasn’t very fond of Kendra and the joke she played on the guy. When he told Kendra who the panties belonged to, Kendra begged him not to gag her with them. However he paid no attention to her protest and stuffed them deep in her mouth. He then taped them in very tightly so she could not spit them out. With Kendra now muffled, the man continued to tie her with more rope until she was completely bound and gagged. Finally came the good part. The part where the man was going to completely humiliate Kendra. First her pulled her tits out of her top and bra. Then when laid her down on the sofa, he pulled her panties down to where her garters stopped them from coming down any further. But that was OK, because now she was completely exposed. And oh how extra embarrassing that was. Because it appears that Kendra forgot to shave or trim this morning. 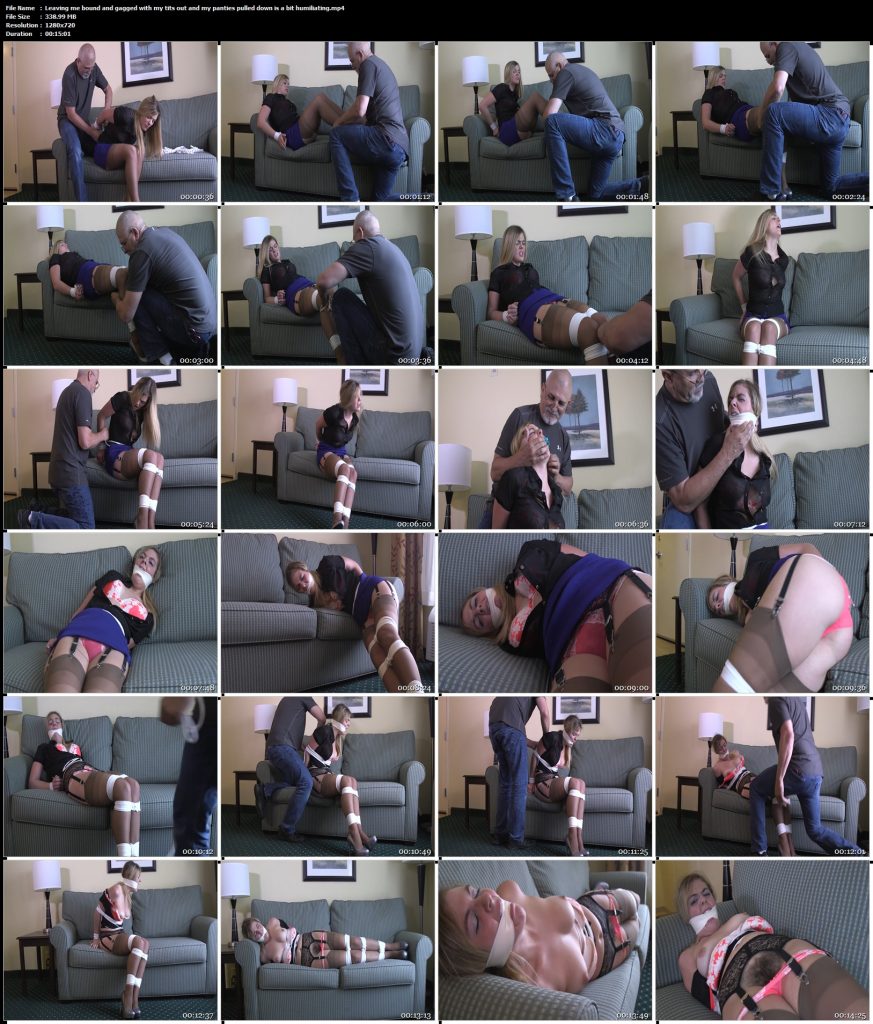