Special agent Sianeav Scott is working like undercover agent in a case against the crime organization of her city. She is playing the maid role in house of one of the main member of the gang. She is in his bedroom, searching for some papers with important evidence when she is surprised by one of the gang member. She tries to find some excuses but the guy does not believe her. The man at that point grabs and hand gags her, then he starts to tie her hands behind her back with ropes. Sianeav Scott fight really desperate against him but she is not able to escape. The man then gags her with a stuff inside her mouth and with lots of duct tape around her head in over the mouth way. Even if she is tied up and gagged, our friend does not stop to fight, to kick and to moan desperate. The man push her on the bed and jump on her to no let her escape. Then he ties her feet and her legs and he hogties her. Then he adds more ropes to her chest and as soon as Sianeav Scott is completely tied up and gagged, he leaves her there, struggling and moaning for help, while he goes to tell the news to his boss. 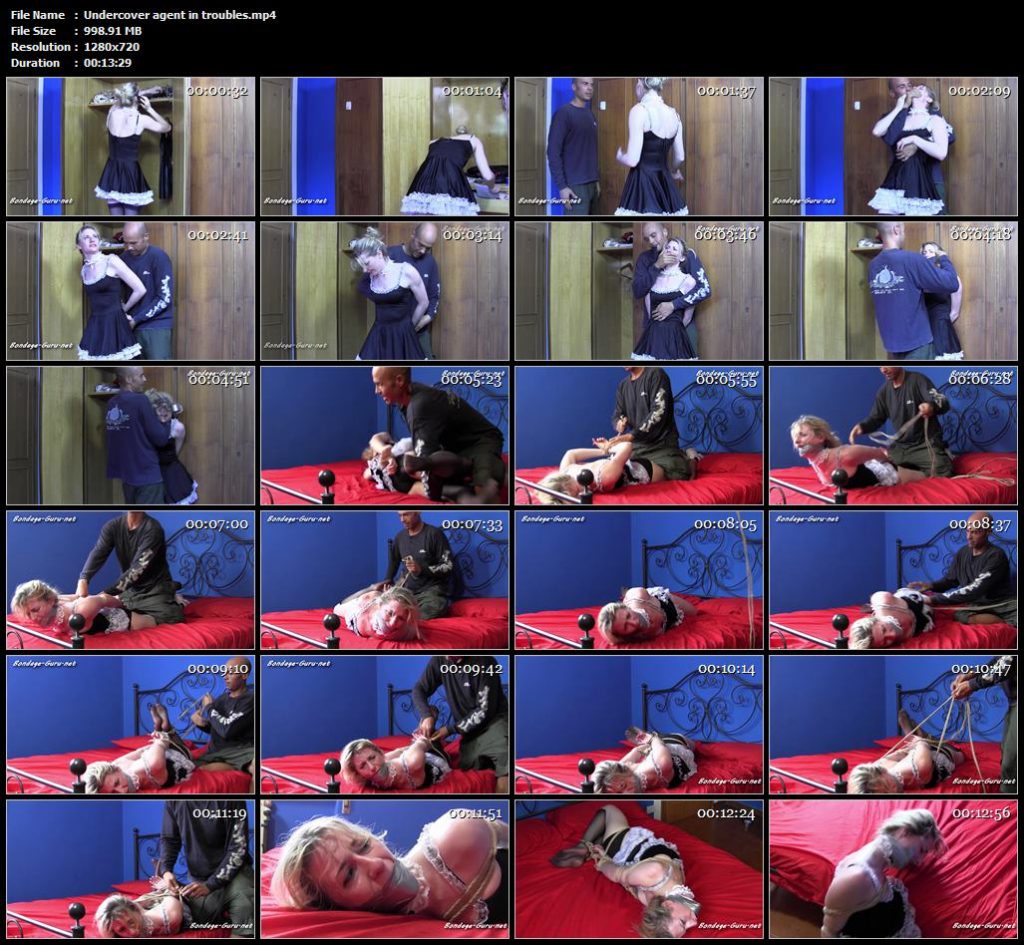 Waiting for mom and dad to get home-He kept me taped and gagged in my pajamas!

Before I could say another word, he stuffed and taped two pair of panties in my mouth!