Annabelle knew there was a fetish convention going on in her home town. It attracted people who liked to be tied up along with various other kinky fetish type activities. However in order to get tied up by someone, it would be much easier if you attended as a bondage model. So Annabelle went to this convention and told a few of the attending photographers that she was a bondage model looking for work. But since no one at this convention really knew who she was, no one wanted to hire her. Sad and depressed, Annabelle went to the hotel bar for a drink. All of a sudden, a man sat next to her and asked her if she was a model. She lied and told him yes. So the man asked her to come up to his room so he could tie her up and shoot some photos.
This video begins with the man starting to tie Annabelle up. She is very excited and she prays that the man never figures out that she is lying. The only problem is, she needs to let him know that once she is tied up and gagged, she wants him to take advantage of her. She worries that this will give away her secret, but for her, it is worth taking the chance. But then just as the man is about to gag her, he lets her in on his secret. He tells her that he is not really a photographer. He only brought her up to his room because he wanted to tie her up and fuck her. Annabelle cannot believe her luck and tells him her secret too. “Hurry up and gag me so you can bend me over and pull my panties down!” she tells him. Soon she finds herself bound and gagged with her tits out and tied also. The man lets her struggle around on the floor as he loves the sight of a tightly bound and gagged woman. Finally he puts her on her back, lifts her bound legs up in the air and pulls her panties off. “That’s right! Fuck me while I am helpless!” she tries to tell him through the gag. 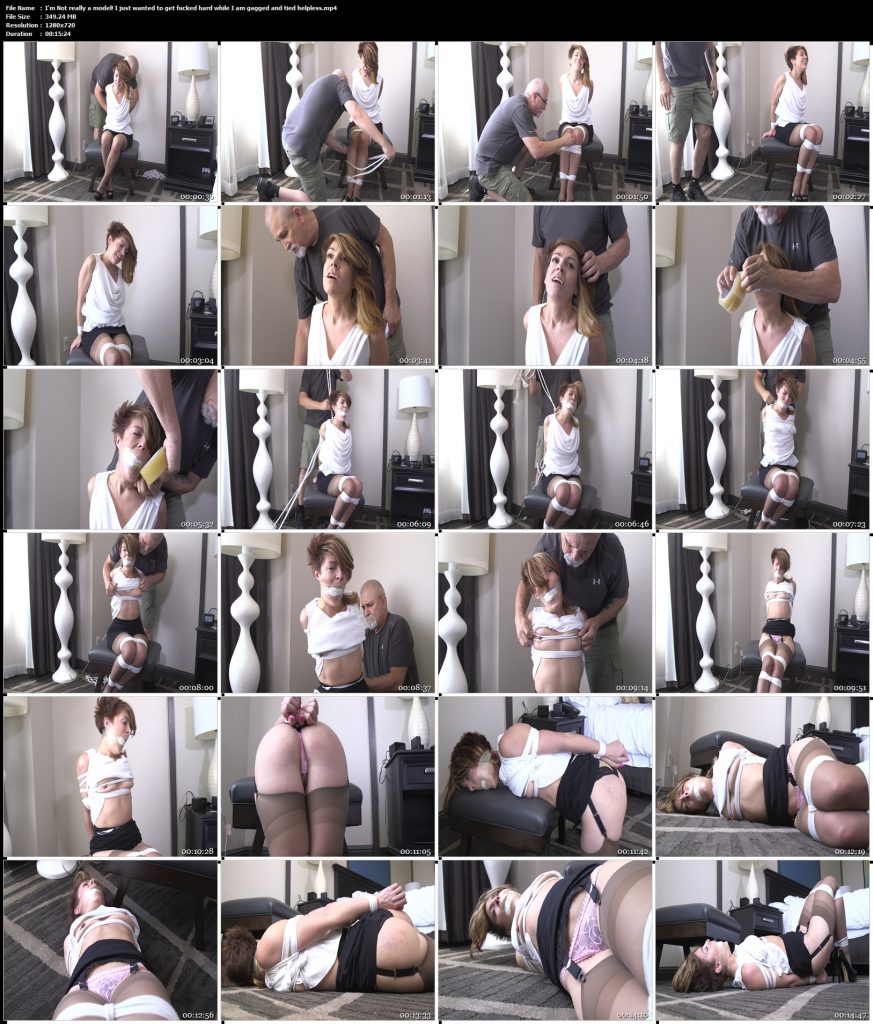