Chrissy has a major plumbing problem. But lucky for her, her father has a good friend who happens to be a plumber. Soon enough, her plumbing is fixed and at a huge discount. She only has to pay for the parts needed. The only problem is, those part are very expensive and Chrissy doe’s not have near enough money. Chrissy kind of has the hots for older men and her dad’s friend seems to be the type of man she likes. She decides to make him an offer to let her work off the bill by getting naughty with him. But the man has too much moral ethics and having sex with his friend’s daughter who much too young for him is out of the questions. However, the man has always been into tying girls up and the opportunity to tie up and gag such a hot looking girl like Chrissy is very tempting. She agrees to let him tie her up and soon she finds herself bound and gagged on her kitchen floor. As tempting as it is for the man to have his way with Chrissy, he watches her struggle bound and gagged without taking advantage. But maybe it wouldn’t hurt if he pulled her top open and her bra down so she can bounce her boobs around as she struggles. But Chrissy also has her needs and being tied up like this is huge turn on for her. So the man ties a piece of rope tight between her legs. The crotch rope puts pressure on just the right spot and soon Chrissy’s moans get loud and she starts working on the first of many forced orgasms. 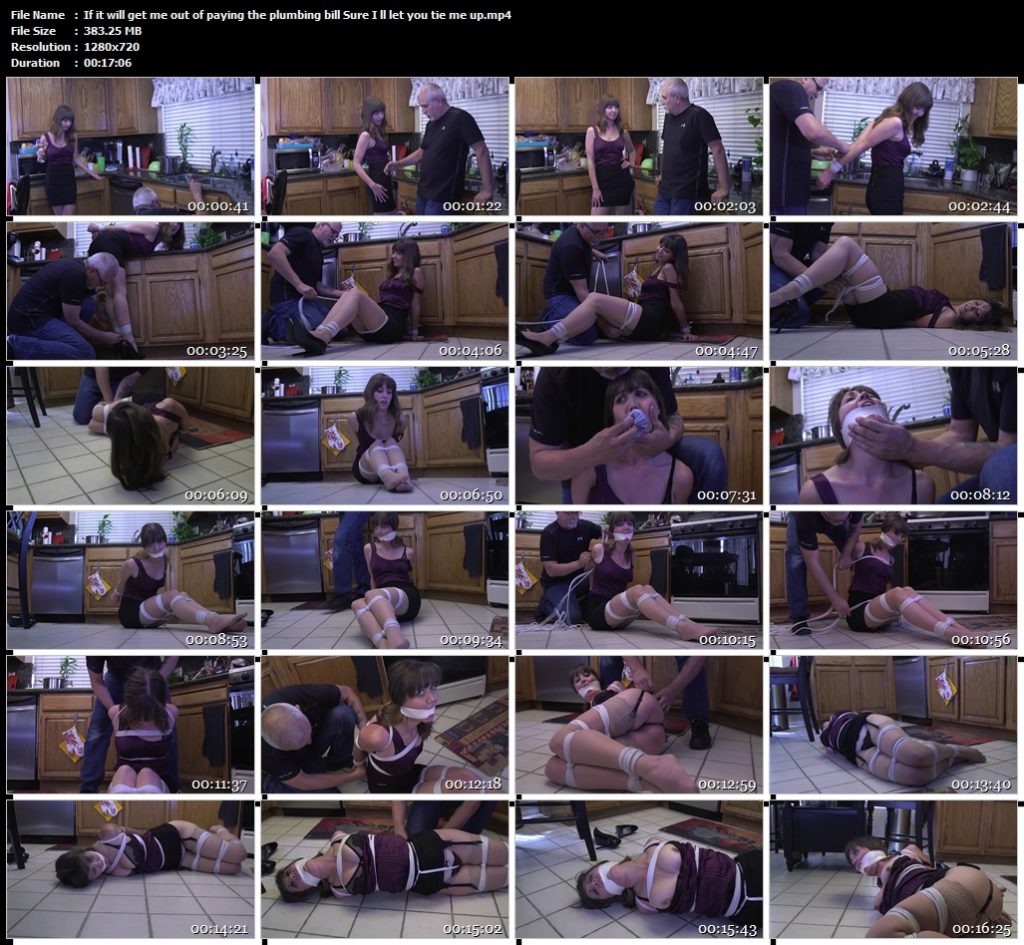