When he went into his office, he thought he was home alone with his wife. But all of a sudden, his girlfriend Crystal who was hiding in a closet jump out. Knowing his wife could come in any minute, he tried to get rid of Crystal. But she wanted to play tie up games and told him that he had ten minutes to get her tied up and if she is not gagged, she is going to scream. Having no choice, he gave Crystal what she wanted. But once her had her bound and gagged, he was going to do things his way. And since she was well gagged, he didn’t need worry about what Crystal thought since now no one would hear her screams. 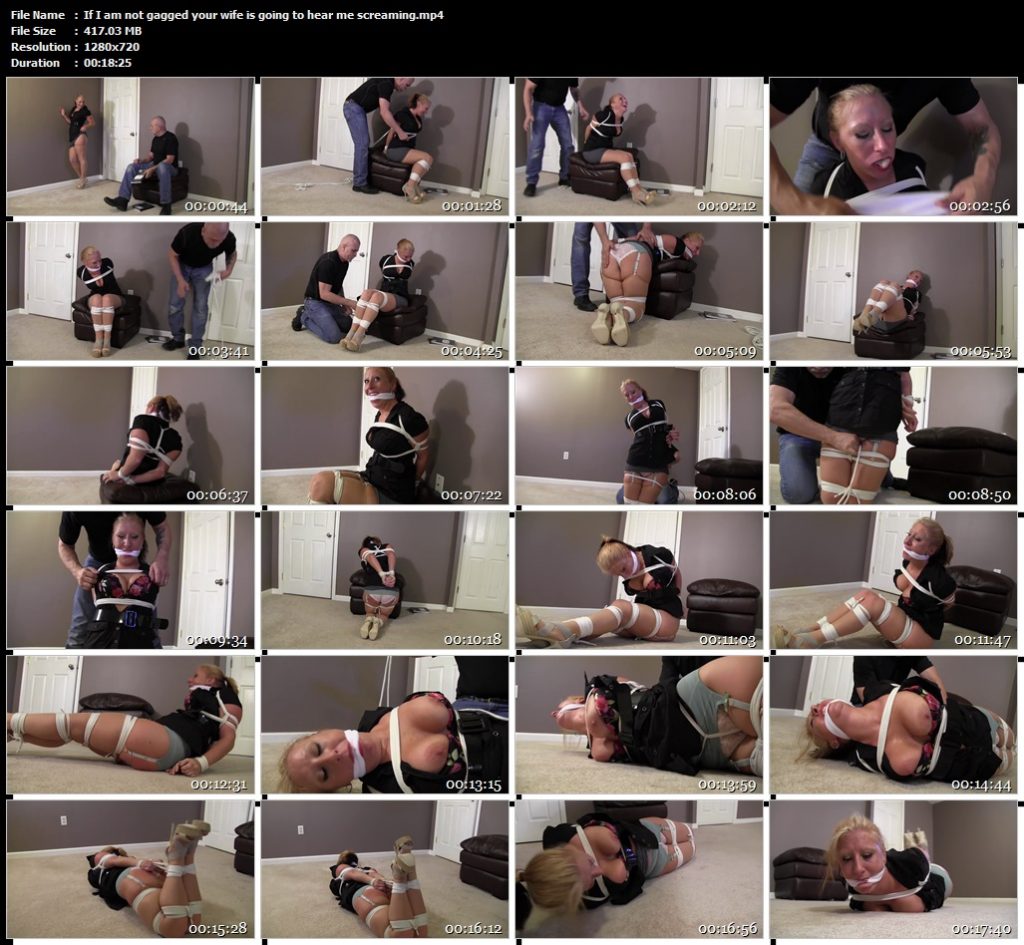