Terra has been cheating on her husband and believed that he knew nothing about it. But it turns out he had his suspicion. Because he had hired a private detective to follow her around. Sure enough this PD found a lot of evidence of her being with several men and was prepared to turn it over to her husband. But there was something about Terra that intrigued the man. He found out she was into some very kinky things. Mainly she liked being tied up. This was something this private detective had always had interest in. Only he had never found someone to do it with. So he confronted Terra, told her all about the evidence he had against her and told her that he was prepared to let her husband know about her affairs. Seeing a good opportunity here, he offered Terra a way out of this bad situation. All she had to let him do, was tie her up and have some fun with him. At first Terra was reluctant. But then the Private detective told her the other alternative was for him to go to her husband with this evidence. Terra had no choice but to play along with the man. A short time later, she found herself tied up with rope. But this was nothing like anything she had done in the past. She was tied very tight and the rope cutting into her soft skin was painful. Then things got very scary when the man stuffed and taped her mouth to gag her. She had been ball gagged before, but Terra had never been gagged like this and it caused her to panic. When the man pulled her big tits out of her bra and tied a rope tight between her legs, Terra felt humiliated. Then she thought about the possibility of her husband finding out about all of her boyfriends. She would lose her big house, her luxury cars, her designer clothing and her financial freedom. Pretty soon the crotch didn’t bother her so much. In fact along with the gag stuffed in her mouth, it got her very turned on. Maybe getting tied up by this private detective every now could become part of her monthly activity. Especially if there was little naughtiness involved. 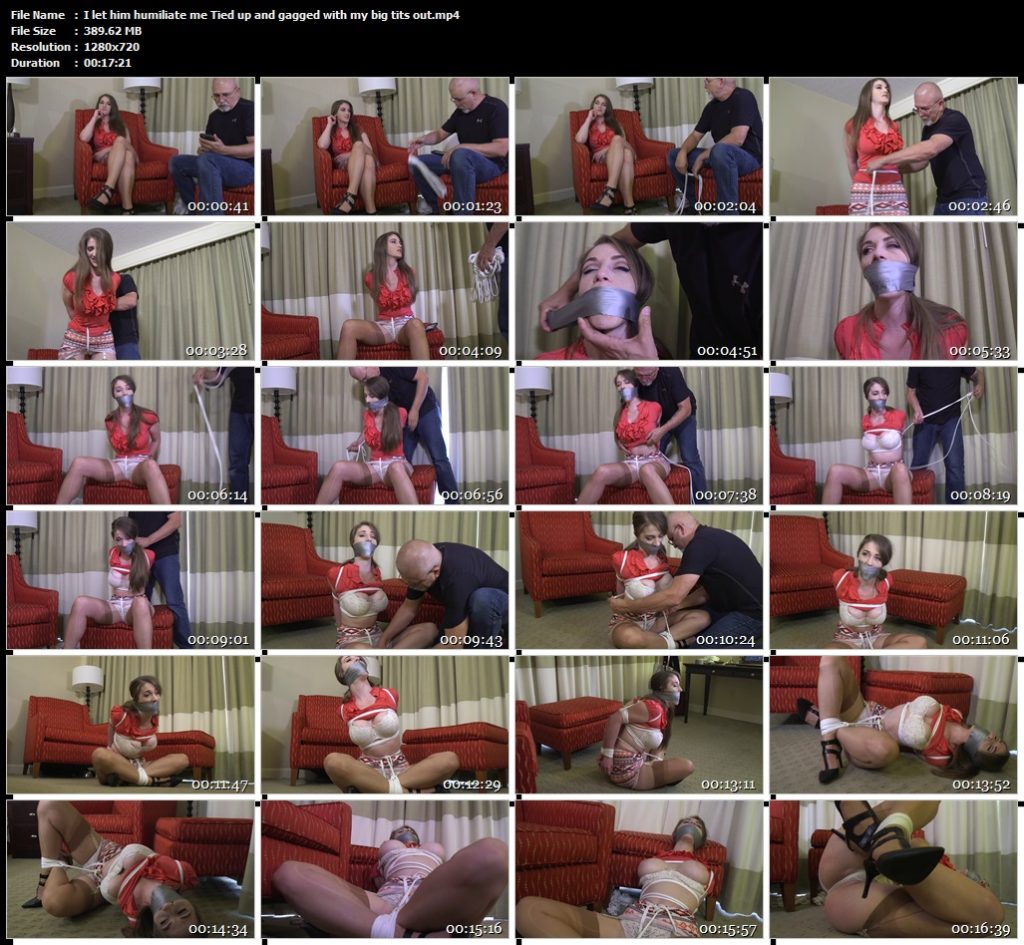