When he broke into Pearl’s place he expected her to be like all the others. Scared out of her mind. But after a short while, he could tell she was different. Her breathing and body movements were very unusual. Then when he touched her, her moans told him that she was very turned on. He grabbed her by the neck and tried to get a reaction that told him she was scared. But this only made her more turned on. Then he gagged her and the moans made it clear. This was very sexual for Pearl. As he added more and more rope Pearl knew what was happening. She was going into sub space and soon she would be cumming in her panties. When the man hogtied her, she hardly even noticed he was there. All that mattered was the rope and the gag. But she also knew that soon she was going to need some kind of release other than a bound orgasm. She tried to beg to man through the gag to do what she really wanted. Her efforts paid off when the man asked her, “Do you really want me to fuck you!” 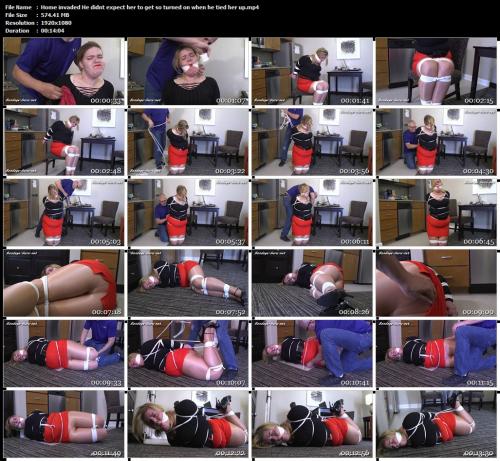 Help Mom! The creep across the street has me tied up and gagged in his garage!