Sahrye is a troubled college girl who always finds herself in trouble. Today, Goldie Blair the dean of the school has her in her office for yet another infraction. But when Sahrye gets mouthy, Ms. Blair loses her temper. She grabs Sahrye by the hair, puts her over her knee and gives her a good spanking. When she is done, she tells Sahrye to go home and then return back with her father. A short time later, Sahrye returns, but instead of bringing her father, she brings her boyfriend. Sahrye advises Goldie that he is the only person allowed to spank her and that Goldie is now the person who needs to be punished. Together Sahrye and the man grab Goldie and quickly tie her up with rope. “Hold her head still!” Sahrye tells the man as she uses a pair of panties to stuff her teacher’s mouth. Then she watches as the man tapes Goldie’s mouth to finish gagging her. With Goldie now struggling bound and gagged, Sahrye starts to torment her. But she really wants to humiliate her. So she roughly pulls Goldie’s big tits out of her blouse so they can bounce about. Finally before they leave her, Sahrye makes a call for someone to come in and clean the office. She only wishes she could stay to see the embarrassment Goldie suffers when they arrive. 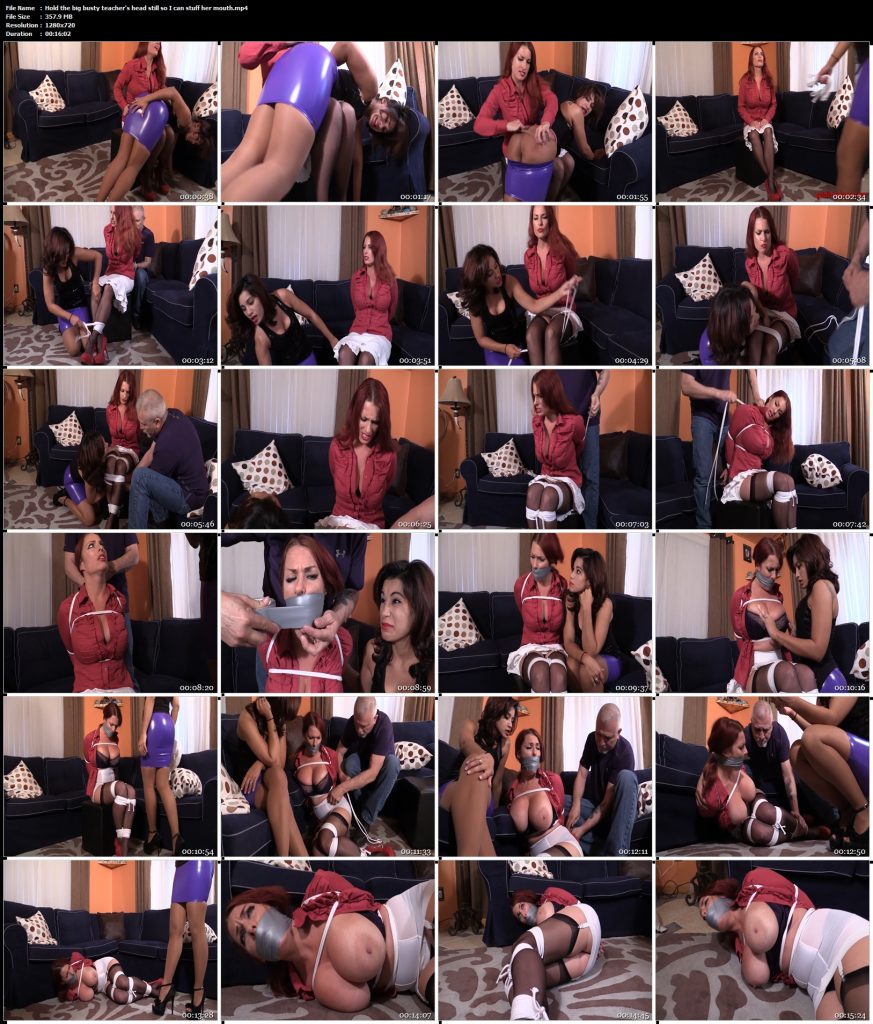