Girl Next Door Bondage – PEPPER – You can keep me captive, tied up and gagged at night! HD

Pepper and her friend have met these two guys at a hotel bar and agreed to go up with them to their rooms. Pepper chose to go with the older man because she wanted to try something a little more kinky than usual and he told her that he was into that type of play. However, Pepper’s idea of kinky was, sexy lingerie, a different sex position or maybe at most a little spanking. So as the video begins and the man grabs Pepper’s arms to pull them behind her back, she is caught a little off guard. Then he starts to tie her up and Pepper starts to protest. Soon she finds herself completely bound with rope and her protests turn to complaints. The man shuts her up by stuffing her mouth and ties a rag between her teeth to gag her. As Pepper struggles bound, gagged and scared, she starts to feel a little strange with her situation. Yes, the rope is tight and painful. Yes the gag almost has her choking and yes, this guy is probably a little different. But there is something dark, mysterious and oh yes! very kink about all of this and that starts to get her very turned on. So when the man comes back to hogtie her, Pepper is a little more receptive to this game. Then he pulls her blouse open and her bra down to expose her great big tits. Now Pepper cannot hide how turned on she is. The man notices this and decides that she is ready for him to take a little more advantage of her. When he takes the gag out of her mouth, Pepper opens her mouth wide so he can stuff it something other than a gag. 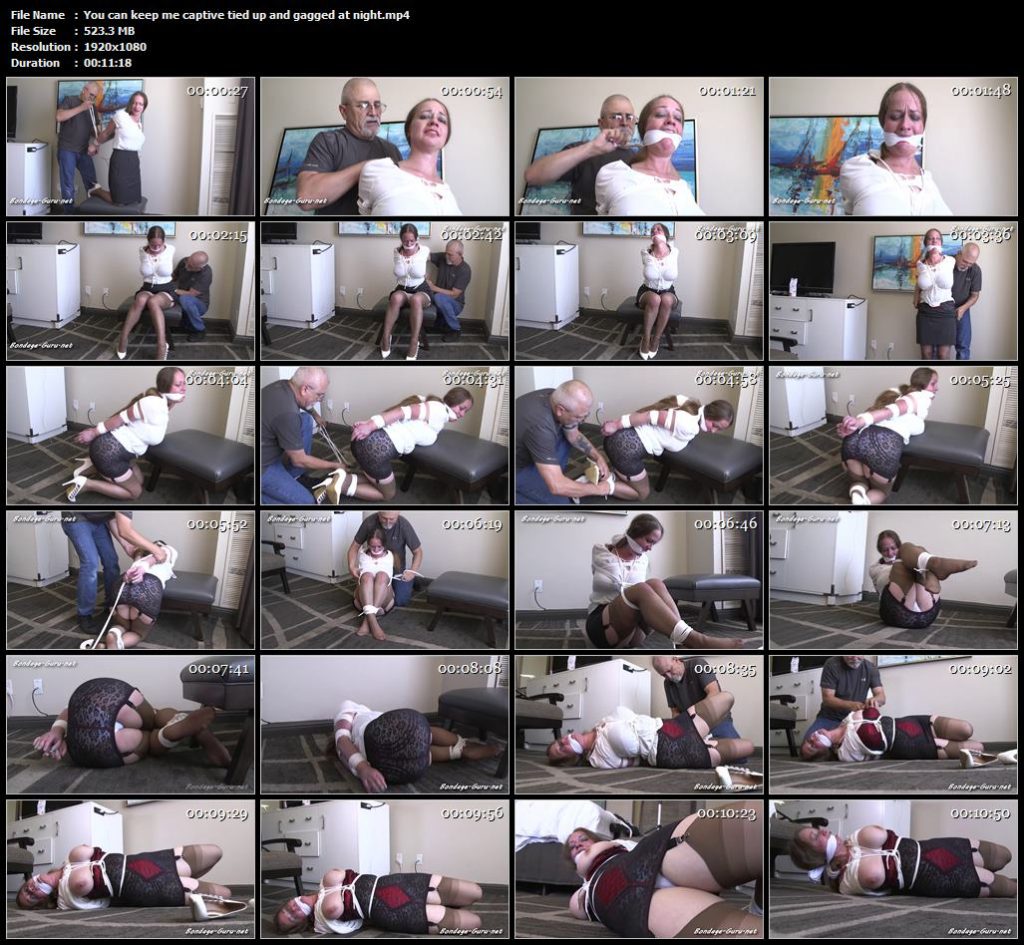 Girl Next Door Bondage – Taped up with her mouth stuffed and wrapped so tight! HD