Girl Next Door Bondage – Dani Sorrento – I kind of want you to fuck me all tied up like this!

He is running from the law and needs money to get out of town. His friend Dani, owes him some money. So, he goes to her place. Dani has the money he needs. But, she knows the law is looking for him and she is worried that she will be in trouble if someone saw him come and go from her place. So, after giving him the money, Dani hands him rope. “You need to tie me up and make it look like you robbed me!” She tells him. As the man ties Dani, he cannot help but notice that she is getting turned on. Dani tells him that she is into being tied up and is very horny now. So, just before he gags her, Dani tells him that she wants him to fuck her while she is tied up before he leave. After leaving Dani to struggle for a short while, the man gives her what she wants. He bends her over the couch, pulls her panties down, unties her legs and does her from behind. When they are finished, the man crotch rope Dani and leave her struggling bound and gagged with her tits out. 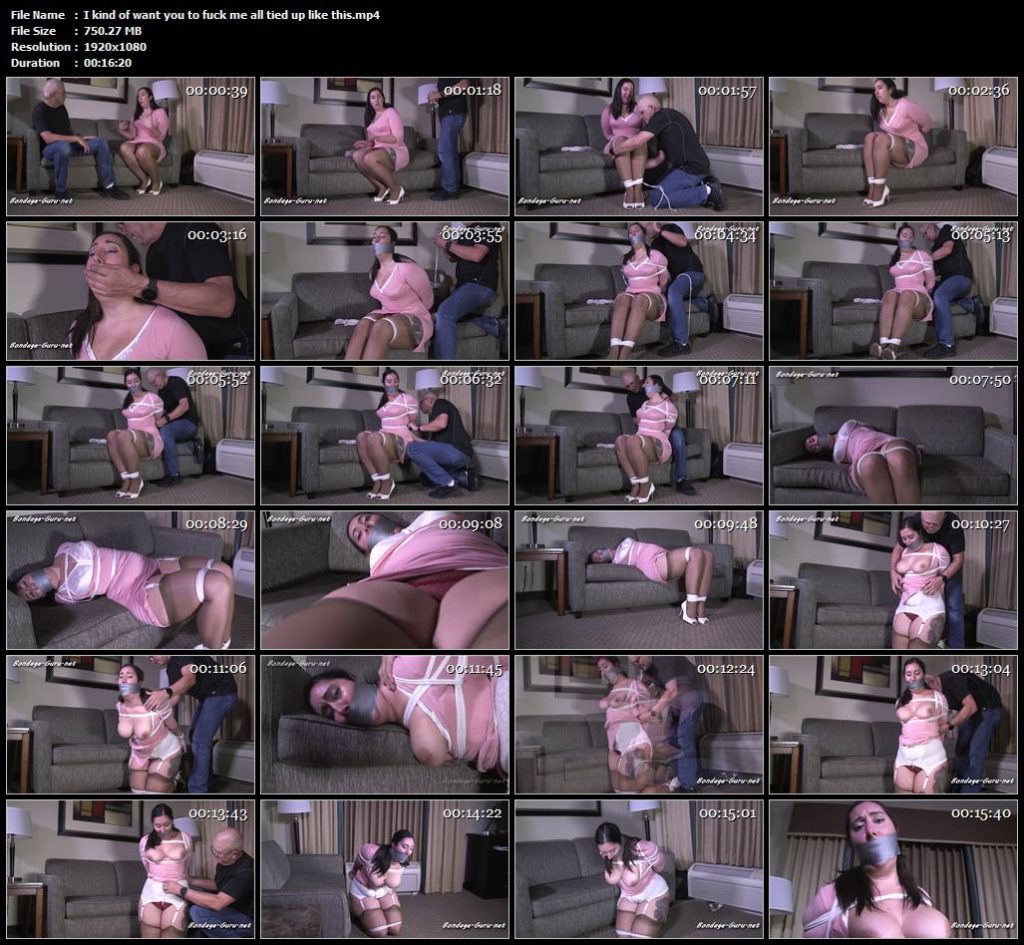 Girl Next Door Bondage – What did you give me! I can’t stop you from tying me up! HD

Girl Next Door Bondage – Taped up with her mouth stuffed and wrapped so tight! HD