Ivory Soles has been dating Nyxon’s step-brother, and Nyxon thinks that her step-brother can do much better. So, she invites Ivory over for a little chat. She explains to Ivory that her step-brother shouldn’t really be dating someone as trashy as her, and that she’s found a nice, conservative church girl for him. Ivory laughs at Nyxon, and tells her that her step-brother is perfectly happy dating her. Nyxon tells Ivory that she needs to break up with her step-brother, or else. “Or else, what?”, asks Ivory. “Or else this”, replies Nyxon as she places both of her hands over Ivory’s mouth, causing her to go limp on the couch. When she comes to, Ivory finds herself tightly bound with rope. Nyxon shoves a white ballgag into her mouth & leaves her to struggle. After a few minutes, Ivory manages to untie her ankles, so Nyxon quickly reties them. Ivory struggles furiously to get out, and once again, manages to untie her ankles. Nyxon reties them again, but this time she also wraps microfoam tape around Ivory’s hands to prevent her from doing it again. 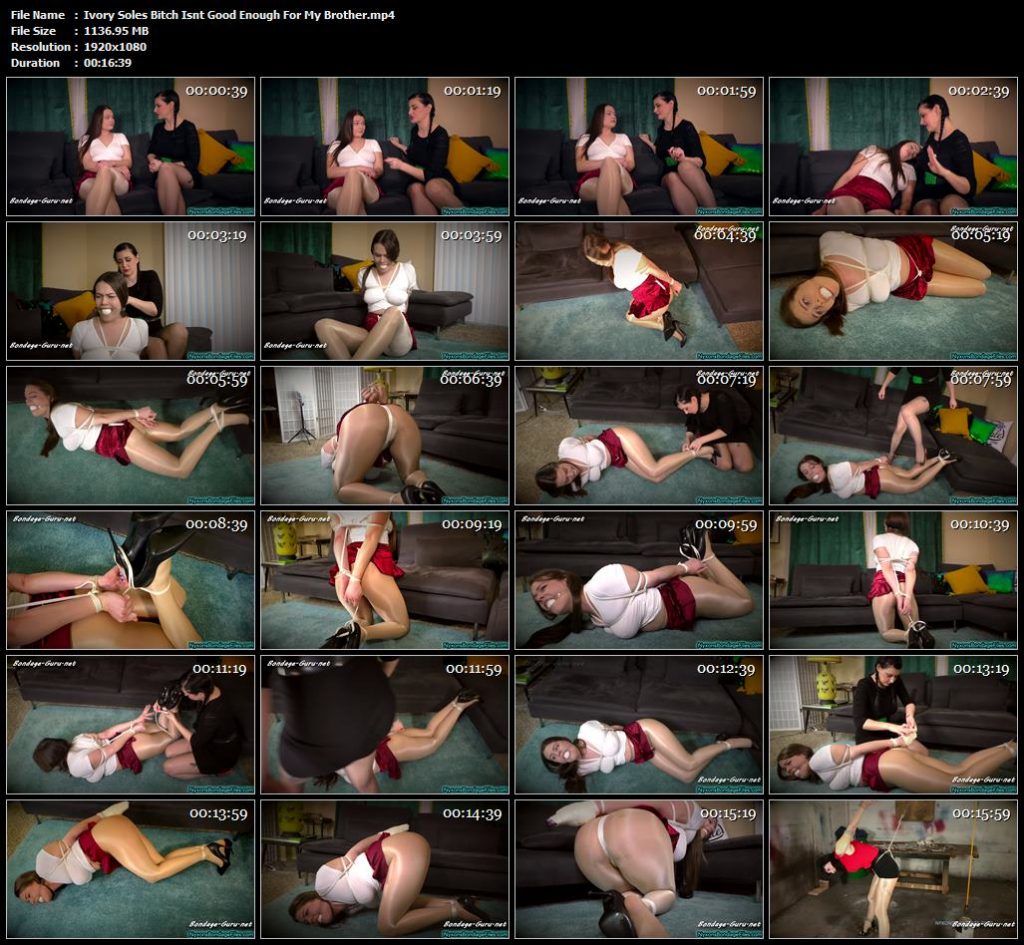