Summer is living and working in a new city and thinks her former employer will never find her. But as she talks on her cell phone, a man who has been hiding in her bathroom creeps up on her. When she hangs up, he grabs her. “You thought you could sneak out of town Summer!” the man tells her as he pushes her face against the wall. As he starts tying her up, he tells her that she is coming back to the city with him. Summer tries to protest. But as soon as the man has her tied up, he stuffs and ties a pair of panties in her mouth to gag Summer. Once the man has Summer completely bound and gagged, he leaves her alone while he goes to get the car ready for her. Summer tries her best to struggle herself free. But when the man returns, he finds her the way he left her. Except now, her skirt has ridden way up her hips to expose her garters and panties. Then to add to her humility, the man pulls Summer’s blouse open and her bra down. Finally the man lifts Summer up over his shoulder. And, with Summer bucking kicking and bouncing her big tits, he carries her off to his car. 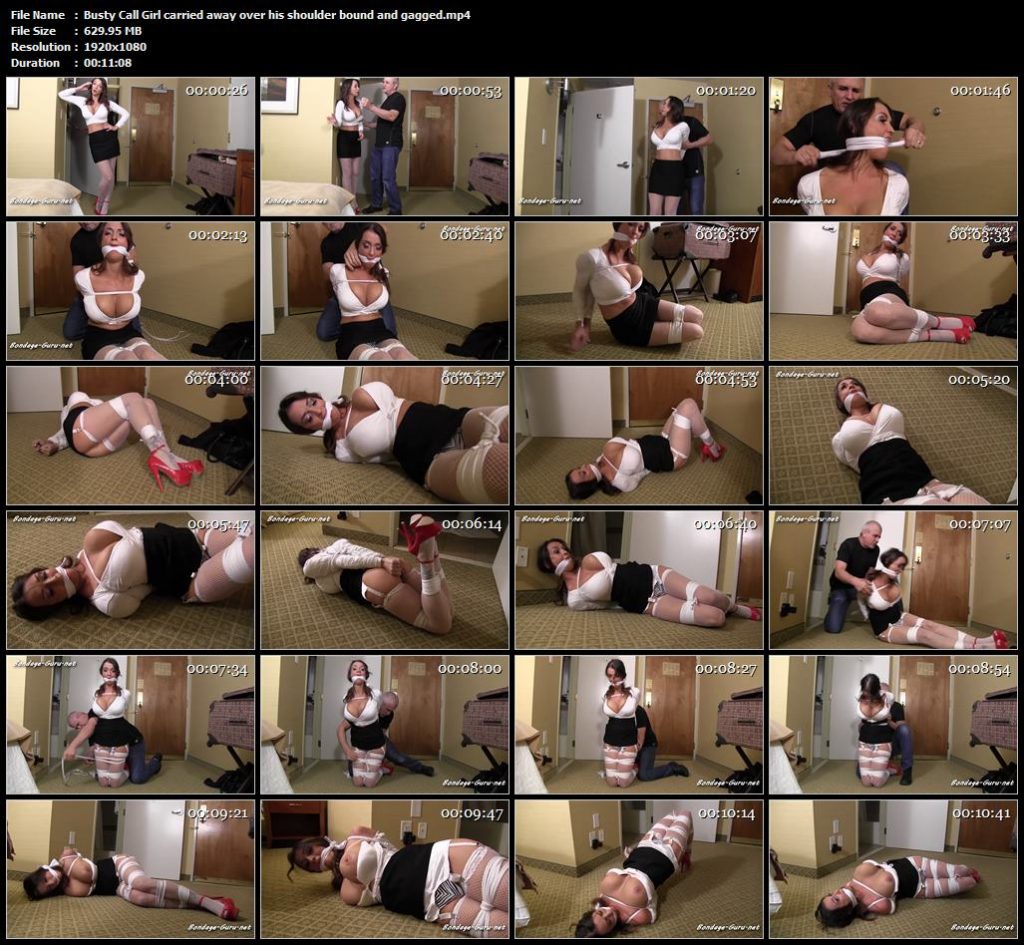 Girl Next Door Bondage – The housekeeping maid almost caught him tying up the star witness. HD

Girl Next Door Bondage – Jeannie gives herself a crotch rope!

Girl Next Door Bondage – PEPPER – You can keep me captive, tied up and gagged at night! HD