For the past several years, I have attended BoundCon, a bondage-focused convention in Munich, Germany. Generally I am a guest for the convention during which I tie or get tied up on various stages throughout the convention. During the 2017 BoundCon, I was asked by T Gunn, a German rigger, to help him pull off a stunt that he had in mind. He wanted to tie my up into a suitcase-like package and carry me around the convention floor. I enthusiastically agreed! In this video, you will see the process of him tying me, our journey throughout the convention floor, stopping at various booths and more! It was quite a trip to be helpless and objectified like I was! Enjoy! 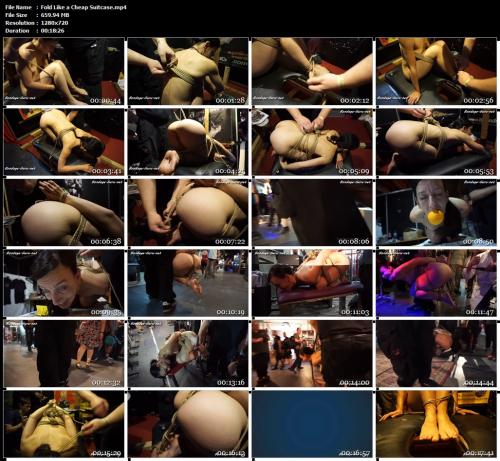