Vonka was quite skeptical about the rash of burglaries that were wreaking havoc in her neighborhood, but she came a believer VERY quickly when she found herself to be the burglar’s latest victim! Wrapped from shoulders to feet, her mouth sealed shut with ultra sticky white tape, the poor girl was left thrashing and struggling, mewling into her packed mouth, her beautiful natural breasts left exposed for the delight of her captor! Things went from bad to worse when he returned to wrap her entire head in the tight blue bandages, leaving only her nose exposed as her pony tail poked from the top like a kinky party favor! Her assailant gave her a chance by tossing a pair of scissors nearby, but unfortunately, as she blindly struggled to access them, she only managed to push them underneath the rug she lay on! Now with no hope of escape, she sobbed and grunted as the burglar decided to add her to the haul he made from her home, and the sightless, silenced package felt a pair of strong hands grabbing her by her ankles as she was drug off to a horrible new life!
THIS WAS VONKA’S VERY FIRST MUMMIFICATION, AND SHE IS ONE HELL OF A STRUGGLER! 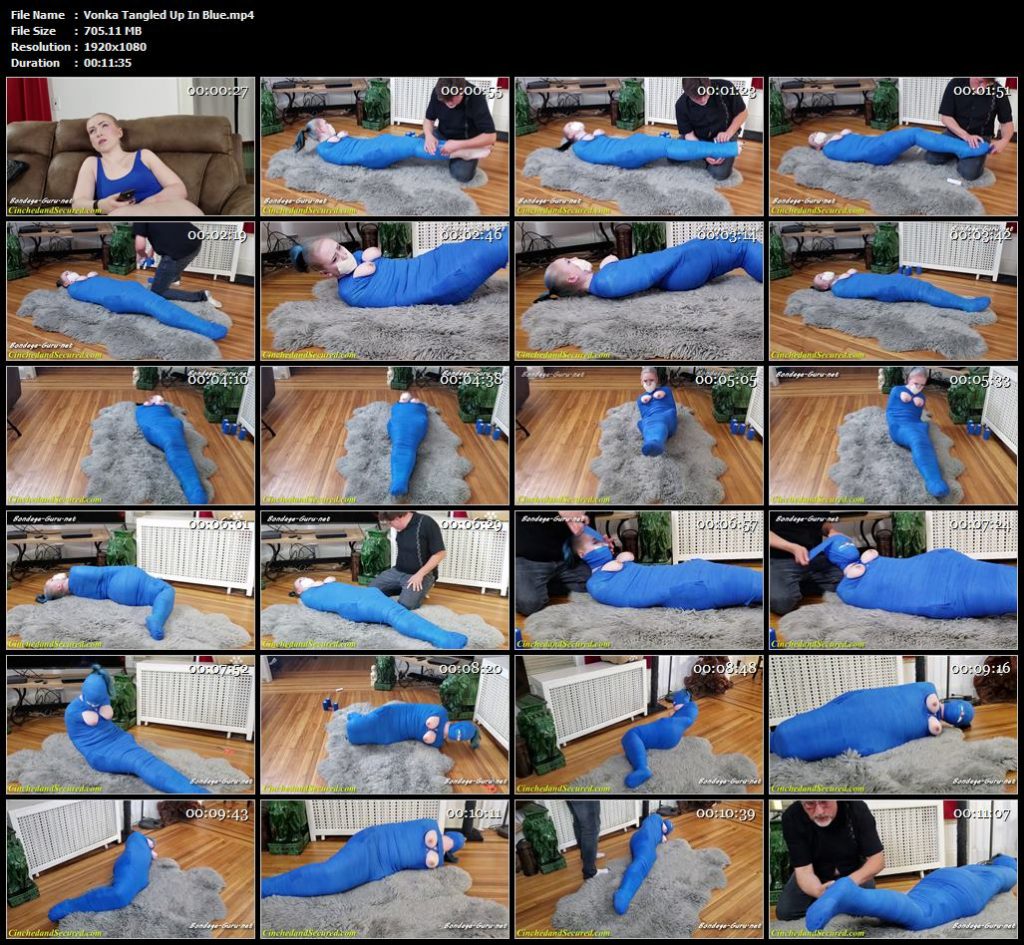