Sahrye had just gotten home from an exhausting workout at the gym, and hadn’t even had time to shower before being surprised in her bedroom by an intruder! Forced to strip from her perspiration-soaked workout clothes until she is topless and clad in only a pair of damp panties, the frightened latina was forced to stuff her own mouth with her sweaty socks, still moist from her workout! Gagging from the smell, she packed her mouth until her cheeks felt like they would split, and then was made to tape her mouth tightly shut, winding band after band of microfoam tape around and around her packed face until her entire lower face was a single unbroken band of white from just below her nose down to her chin! Still, the intruder wasn’t satisfied, and Sahrye had to add another layer of tight blue medical bandage over her already brutal gag! Now that she was thoroughly silenced, the intruder forced her to the floor and tied her in a tight hogtie, even tying her toes together and adding them to the hogtie! To add insult to injury, he added a VERY snug crotch-rope to her predicament, and left her to struggle. She fought like hell to get loose, gag=talking and mewling through her silencing gag, the sweat from her socks mixing with her saliva and sliding down her throat. Then more she struggled, the more the crotch-rope rubbed against her sensitive parts until she had built herself up to a frenzied orgasm! Looks like the intruder wasn’t so bad after all! 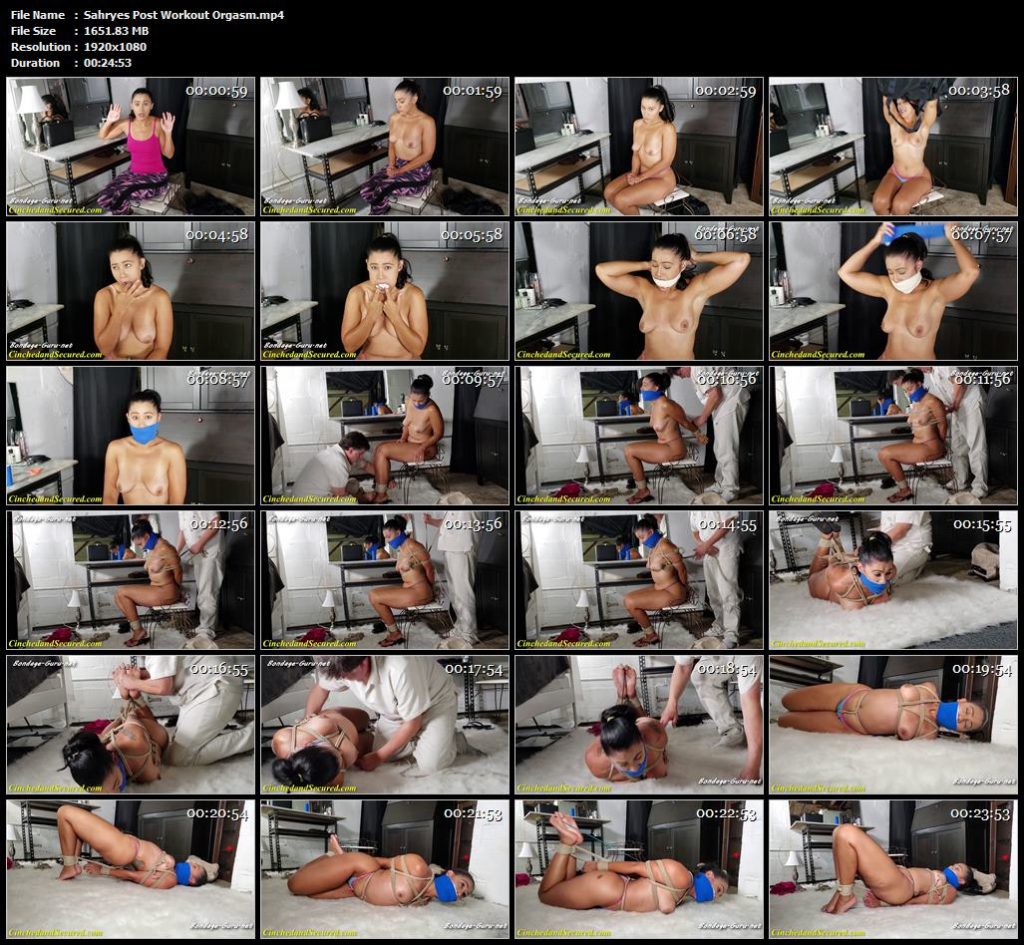