Jeanette has long been looking to stop smoking, but she hasn’t been able to do so cold turkey, so she was delighted to find an online program to help her out! When she logged on to the website, she was greeted with a strange, swirling spiral that seemed to drain all thought from her mind. In a trance, she dropped the phone and stared silently ahead until her friend came into the room. In a robotic monotone, she asked him to tie her up and gag her. Never one to pass up an opportunity, her friend did as she requested, packing her mouth with stuffing, sealing it in with clear tape and leaving her hogtied on the floor. Motionless and silent, clad in only a t=shirt and pantyhose, Jeanette lay in her bonds. When her friend returned and saw her phone, he realized she had fallen victim to the plan he set up: A website that would mesmerize her into a completely submissive bondage pet! However, he realized that it was far more fun to watch her struggle, so he snapped his fingers and brought her out of the trance. Looking about in surprise, she immediately began to fight against her bonds, shouting in rage through her packed mouth as her friend explained everything and left her to struggle against the inescapable bondage. He never came back, but fortunately for her, her boyfriend arrived a few hours later to let her out. UNFORTUNATELY for her, finding a tightly bound girlfriend on his rug gave him other ideas! 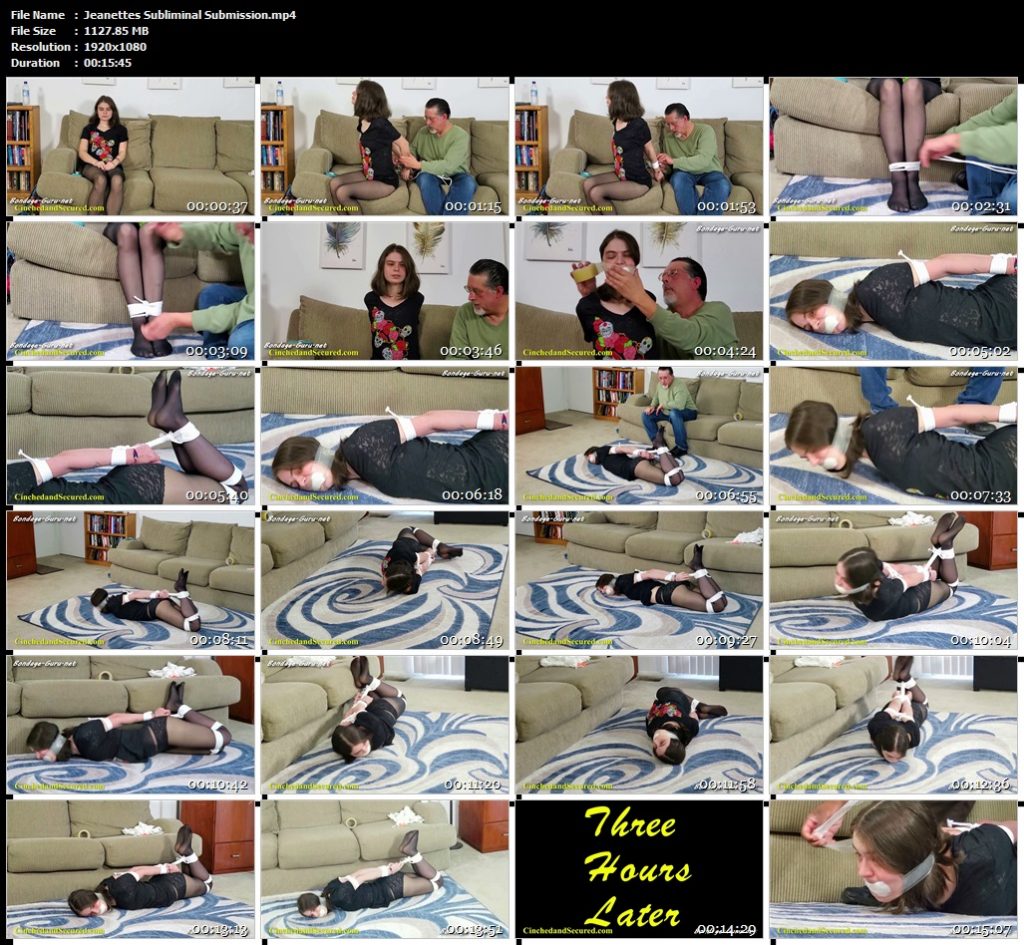 He’s Still No Plumber – Jeanette and Sunshine – Cinched and Secured