He and his partners needed to get into a building to set up a deal. But they needed to keep Madalynn Rae out of the way. But for some reason they knew she would not cooperate.

The video begins with a man on the phone setting plans in motion for the meeting. He assures the person on the other end that Madalynn will not be a problem. This is because he has her in a hotel bathroom tied up in her underwear. Madalynn would like to scream for help. But with her mouth stuffed and a rag tied over her mouth to gag her, she cannot make too much sound. When the man decides it time to leave, he wants to make sure Madalynn stays put so she can not interfere. So he uses more rope to tie her tighter and more secure. Once he has her legs, elbows and upper body wrapped painfully tight, he re-gags her by stuffing a larger wad of panties in her mouth and taping her up. Madalynn is then left to struggle bound and gagged. She somehow works her way off of the toilet seat where she was left onto the floor. But after sliding her way over to the door, she realizes that that is about as far as she will go. because there is no way she can get to her feet and open the door. 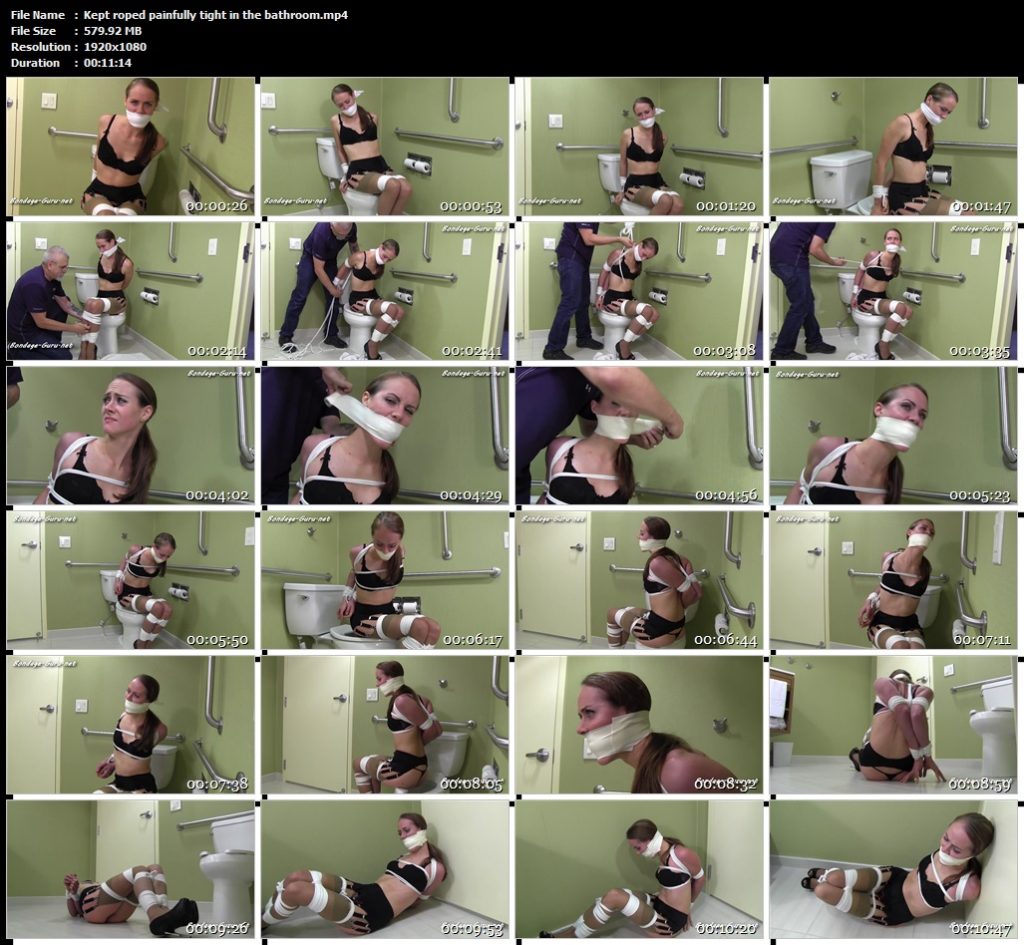