Jana made a promise to me that she didn’t keep, and now she’s paying for it! After having vowed to stop smoking, I found her cigarette stash in the bathroom, and so now, she’s tied to a chair, her mouth filled with a nice red ball, a crotch rope sunk deeply into her pussy, her feet tied together and misery cascading through every nerve in her body! She tries to deny that the smokes belong to her, so I pull out her big tits and bind each with rope until they are nice, tight and swollen! She doesn’t like that one little bit, but since she still won’t come clean, she gets an added incentive: A nice pair of clover clamps biting into her nipples! She howls and thrashes in pain and rage, but she cannot shake them loose no matter how much she struggles! Tired of her attitude, I enter and begin tying the clamps to her toes, and she goes absolutely ape with fear! Begging me not to do it, she promises to behave, so I reward her by removing the clamps. Of course, to make sure she doesn’t forget this promise, I give each nipple a good hard squeeze after! Now sobbing and moaning, she’s left bound exactly as she is for the rest of the night, and when the morning comes she will be released…IF she behaves! 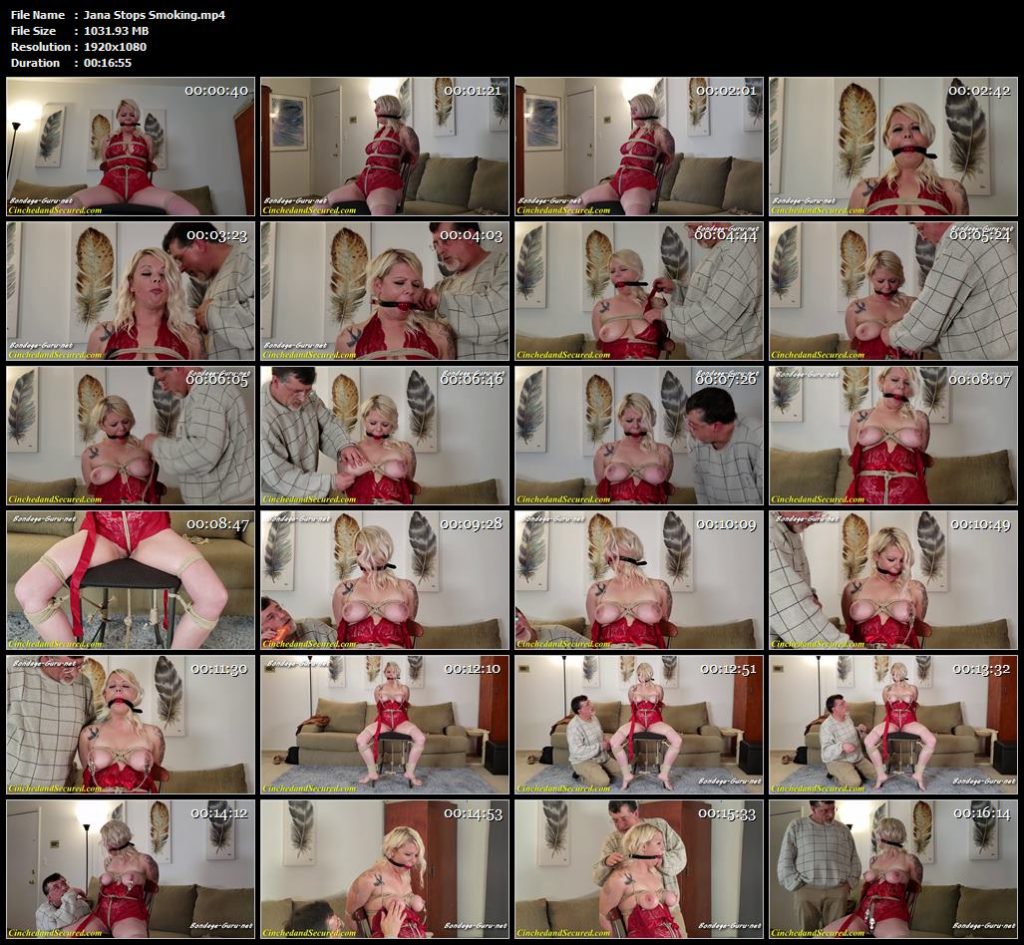