Ava had been in a very shady business deal, helping secure and dispose of young women to wealthy buyers around the globe, but now she was having second thoughts. Determined to escape, she had secreted herself in a safe house while she awaited the arrival of several forged documents to help her with her new life. Along with the parcel came a very strange box, and, her curiosity getting the better of her, she opened it. Immediately, two odd glowing spheres left from the box and glued her eyes shut with an incredibly sticky tape! Blind and terrified, the girl felt her way around the room in search of escape, when she was attacked by even more of the sticky stuff which quickly fused her hands together behind her back! In her sightless panic, Ava did not realize she was no longer alone in the room, and when the strong hands of her former partner clamped over her mouth, she squealed in fear. He quickly taped her into a tight ball and left her to struggle in sightless, mute panic as she realized she soon would be leaving the cargo, only as cargo! 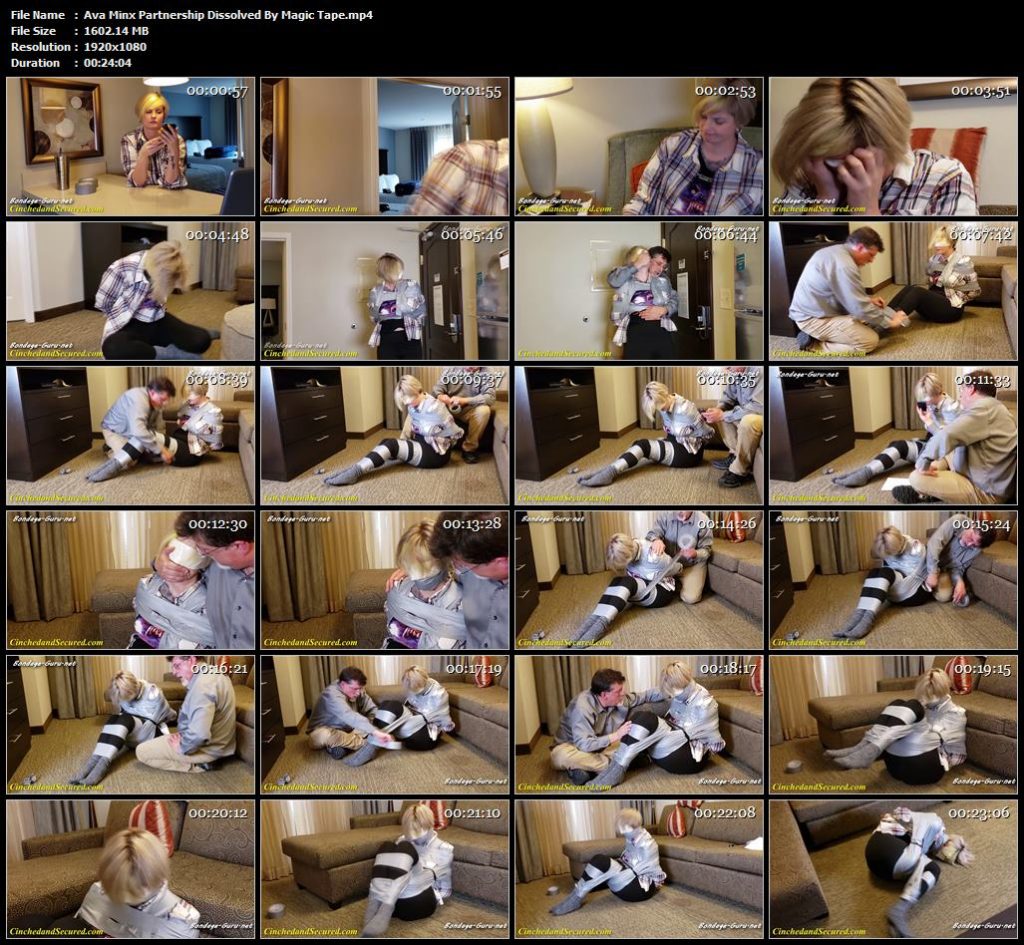