Casey and Chrissy are both tightly bound in belt bondage as they struggle on the bed in nothing but their nylons! They are gagged on screen with ball gags as they beg their captor not to gag them, but with the plans he has for them he knows the gags will be necessary! They are left to struggle and squirm in their frog tied positions for a few minutes but they are unable to escape from the strict leather straps! He soon returns with a hitachi and one by one he vibes them over their pantyhose until they cum. After they both are forced to orgasm they are left there writhing helplessly, still strictly belt bound and ballgagged, knowing that their captor has even more kinky plans in store for them later! 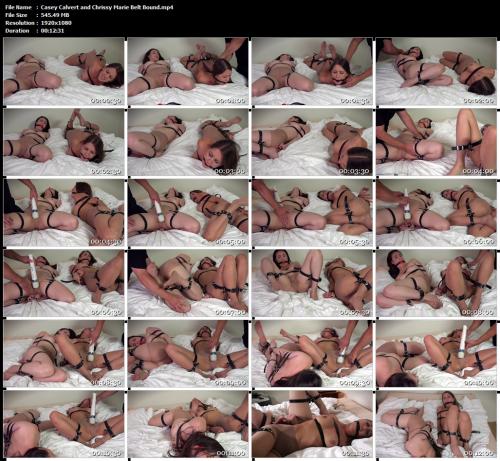