Chrissy has been left struggling bound in a strict box tied and hogtied predicament! She is also gagged large pink ball gag with a white strap to match the white ropes on her naked body! She squirms helplessly on the floor as we hear her sexy mmmppphhss and gag noises. She cannot escape and will be kept tied up as his captive for however long he pleases. As she struggles she realizes if she thrusts her hips up and the hogtie rope provides some rather pleasurable sensations to help take her mind off the distress of being so tightly bound and gagged. So she does this some more..and soon her captor notices and it gives him idea. He adds a tight crotch rope that really makes her squirm! She is left to struggle some more while he figures out just what he wants to do with his little captive next! 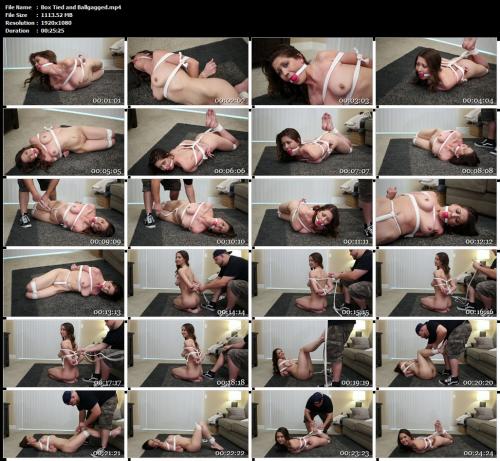