Chrissy is a teacher’s pet who got the school bully expelled for snitching on him when she caught breaking the rules. The bully also has a crush on Chrissy for a while, because even though she is a little nerdy he has to admit she is also really hot! However Chrissy turned him down when he tried to ask her out and now that she got him expelled he is prepared to get payback for both! The next day Chrissy is getting ready for school while chatting on the phone with her best friend when the bully decides to pay her a little visit. He scares her and she tells him he needs to leave, but of course that’s not what he had planned! He grabs her and pulls her arms tightly together by her back as she struggles to get away. Too bad he has rope to keep that from happening! He ties her elbows and wirsts tightly before moving to her legs, where of course he takes the opportunity to lift up her skirt and fondle her as she squirms and pleads with him to let her go. As wraps more rope around her pretty satin blouse he picks on her about the collar she is wearing, asking her if she even knows what it means. Chrissy explains she saw it in a movie and she just thinks it looks cool and didn’t know it had more meaning. He snickers and promises her he will be sure to show her what that is for! She really starts to complain when he pulls a crotch rope up tight between her legs, so he gags her with a large ball gag to solve that problem, plus it looks great! Chrissy looks humiliated and worried for whats to come as he forces her to the ground. He finally attaches a rope from her ankles to the collar, pulling her into an immobilizing ball tie! After a few good smacks on the ass he leaves her bound and helpless, promising to return with more toys for him to teach her about. Chrissy struggles and starts drooling from her ball gag, which only makes her more feel hopeless as she is certain there is no chance of escape. She is left in anticipation of what other plans he has in store. She should have though twice before walking around in a slave collar and giving people ideas, like the school bully with a secret bondage obsession! 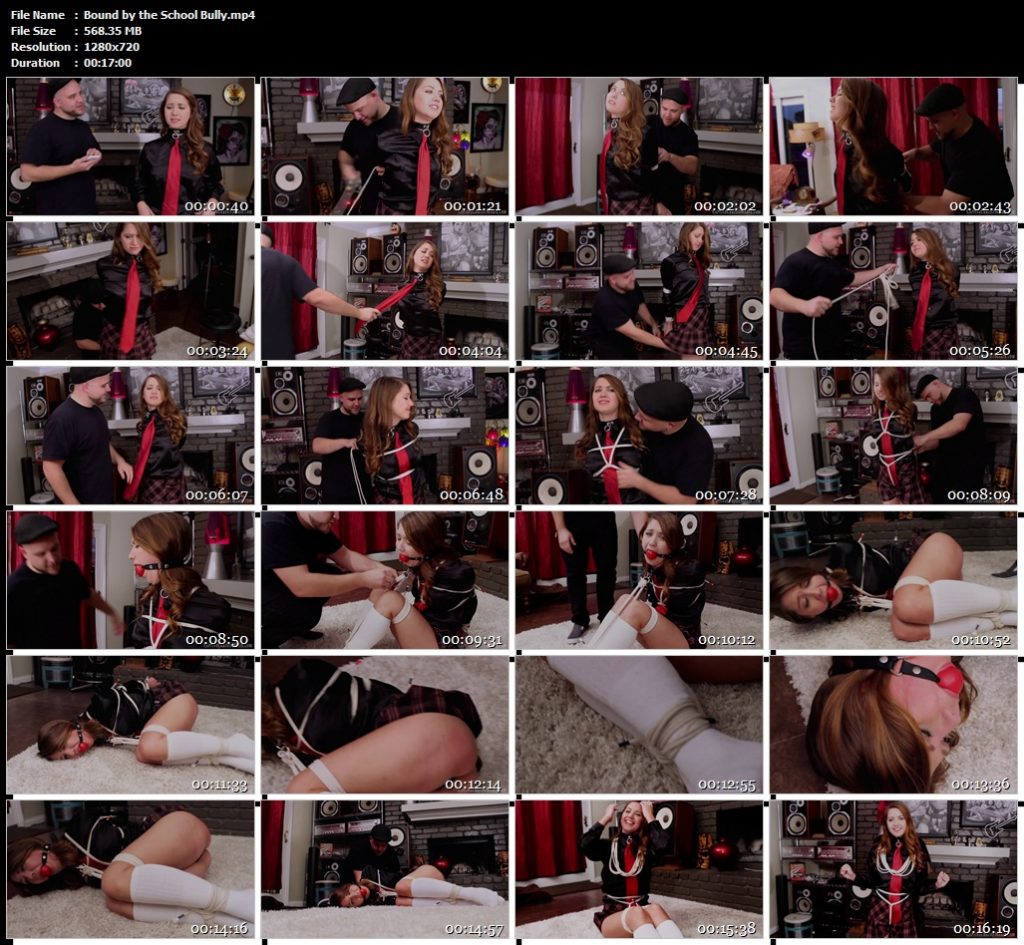