Gorgeous buxom Alexa is home from a bad date when she hears a loud noise. Somewhat surprisingly, she moves to investigate (rather than run!) and cautiously moves about until she is accosted by an intruder. Putting her hands up in surrender, Alexa conducts herself in a manner that appears calm, but this is simply her demeanor (inside she’s screaming!). Ordered to strip down to her panties, she reluctantly complies and is then directed to a chair where she takes a seat. Not long after that she sits all tied up with no way to escape (well nothing she can do at the moment anyway!). Confident that she can’t get away, the laconic invader departs to check on his stolen inventory. Minutes tick by as Alexa works hard to free herself from the tight bondage (a little bird told us she felt her wrists were bound quite restrictively). Then suddenly her wrists are freed as if through some miracle and then she works feverishly to get her feet free as well. She rushes to her phone and calls the police. When she’s done, the villain sneaks up from behind and has her again! Thinking he’ll just leave since she called the cops, she’s surprised when she is instructed to take off her panties and do a little erotic dance. Managing to sway her hips with rhythmic precision, she gives him quite a show, playing with her titties and pussy along the way. When the burglar has had his fun staring at her, he decides it’s time to move before the cops arrive. Luckily, Alexa lives in a rather isolated location and help won’t arrive for a while. She is escorted outside and bound to a pillar. The creep reaches out to fondle her a bit and then decides to silence her. A tight thick cleave-gag is used to muffle her and then more groping of her sexy body before he decides to not push his luck and leaves. This time there’s no escape as she can’t get free herself, but she does look incredibly hot in bondage. Numerous lingering closeups disconcert her along with lots of full body gazes. Finally, the police arrive and she looks on, not that embarrassed to be standing there in the nude! 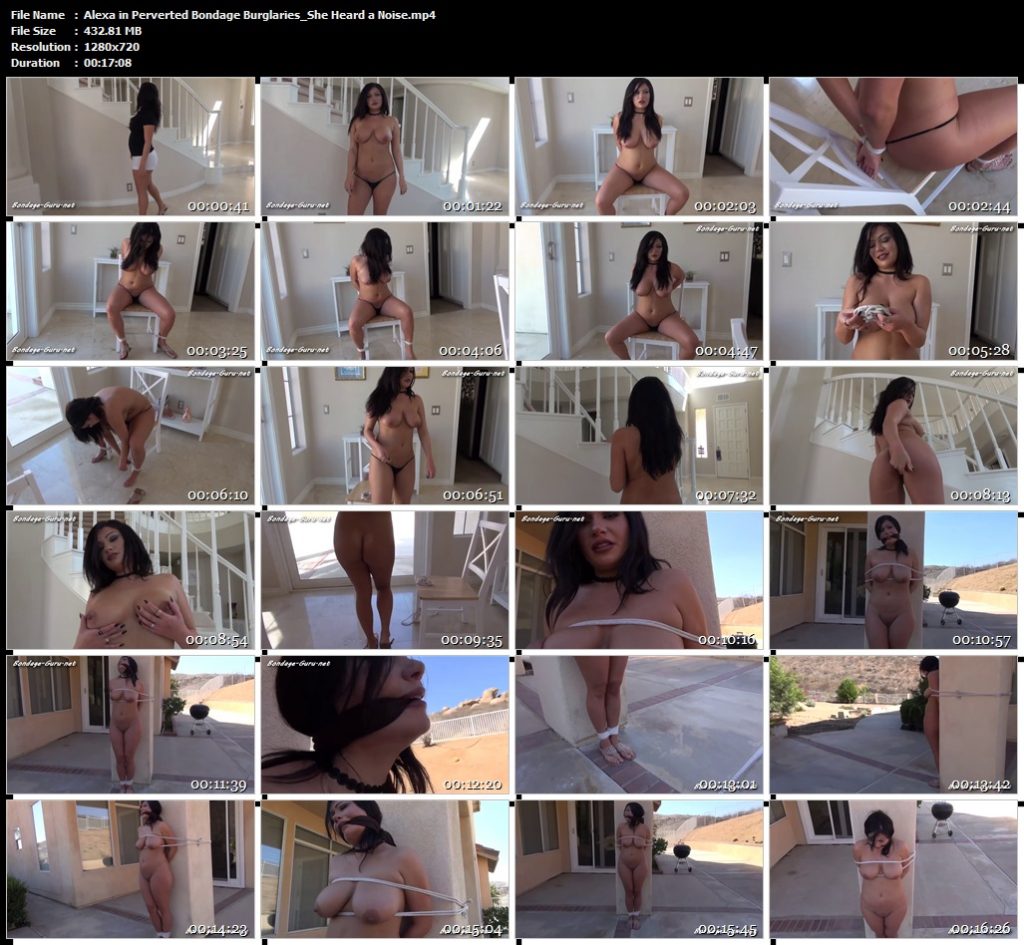 Two Captive MILFs in Nothing but Pantyhose, Ball-tied Together in the Kitchen, Attempt Escape!