Chrissy’s boss was not happy with her performance at work as well as the attitude she gave him when he confronted her about her shortcomings as a secretary. He was just going to let her go, but she begged him not to fire her. He agreed to give her another chance if she was willing to accept some punishment. Chrissy wasn’t exactly sure what he meant by punishment but agreed anyway. She’s willing to do anything to not lose her job!

Now Chrissy finds her self tightly hogtied and ballgagged in the boss’s office and she is really not happy about it! She struggles furiously on the narrow sofa but she cannot move around much or else she might roll right off of it! She desperately tries to squirm her way out of the tight ropes but her escape attempts are futile. She is tied up too tight and the knots are all out of reach! The ballgag in her mouth is starting to make her drool and her angry mmmppphss start to turn to helpless whimpers. By the time the boss returns her attitude is sure to have improved! If it hasn’t the boss might leave her there bound and gagged all night and she really doesn’t want that! 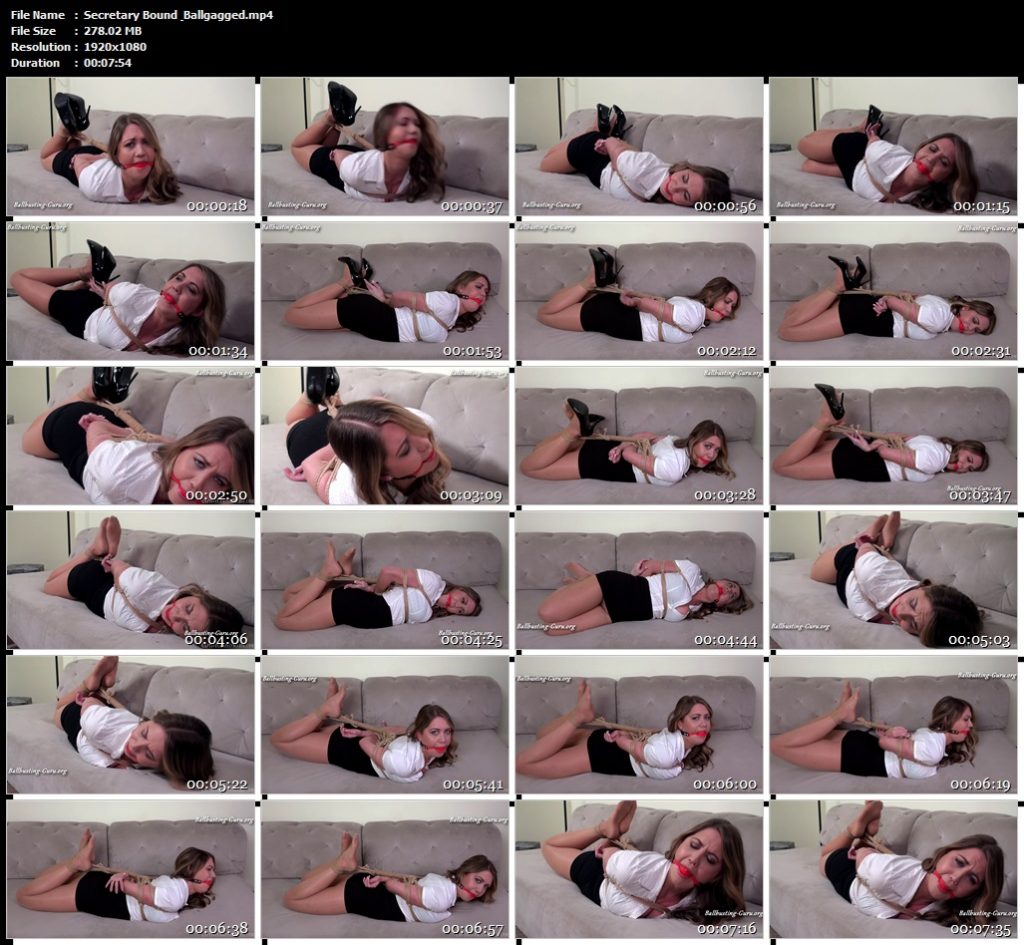