I quite often submit Mina to very intense and tight hogties, both in personal life and online here, but every once in a while I go one step further, trying to push her limits and see how bendy she can go, and Mina is capable of enduring some of the most unholy hogties I have seen. I had her put on a simple but super hot blue bodysuit and tights combo, then proceeded to tie her elbows into one of my favourite positions, forcing her elbows into a bent position in the small of her back which actually adds to the intensity of the bondage. After a little while of shooting her struggling like that I proceed to bend her into an unholy hogtie, you can see how I do this on screen, supporting her body on my knees and using that to tighter down the tie. The result is amazing as usual and because this one was especially difficult for her just about ever second you see of film is the most she could take, having the elbows forced into that position makes the whole thing way more difficult to bear than straight arms. I had to cut the rope as soon as the camera stopped rolling. Thats my girl! 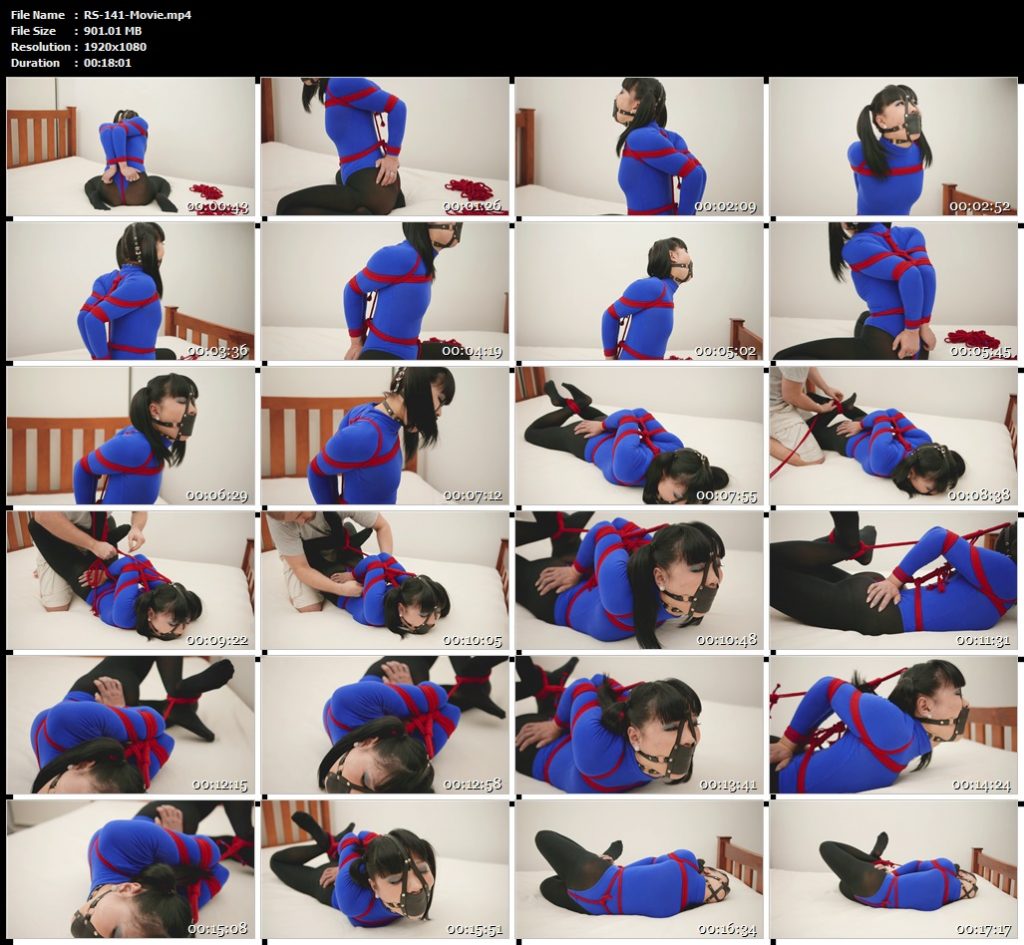