Babysitter Vesper Luna is on the couch reading her book, when little Georgie (POV) asks her to play a game. She tells him that she’s not playing any games today, and for him to go & play with his step-sister. Georgie insists on playing his favorite game with her, and refuses to leave. Finally, Vesper relents & tells him that he can tie one rope around her, but that’s it. So, little Georgie ties her wrists behind her back, but that’s not enough. Vesper tells him that she’s finished playing the game with him, and for him to go play with his step-sister. Georgie keeps pestering Vesper until she gives in to one more rope. This time, it’s around her ankles. Now completely fed up, Vesper tells Georgie to untie her & leave her alone. Georgie stubbornly insists that they keep playing the rope game, and after Vesper repeatedly tells him to untie her, Georgie charges her & shoves a cleave gag in her mouth. The final scene opens up with poor Vesper cleave gagged & hogtied on the couch. She screams for Georgie to untie her, but Georgie has left the room to go & play with his step-sister. Vesper struggles to get out of the ropes & even rolls onto the floor. Vesper struggles & struggles until she hears the front door open & Georgie’s step-mother walks into the room. 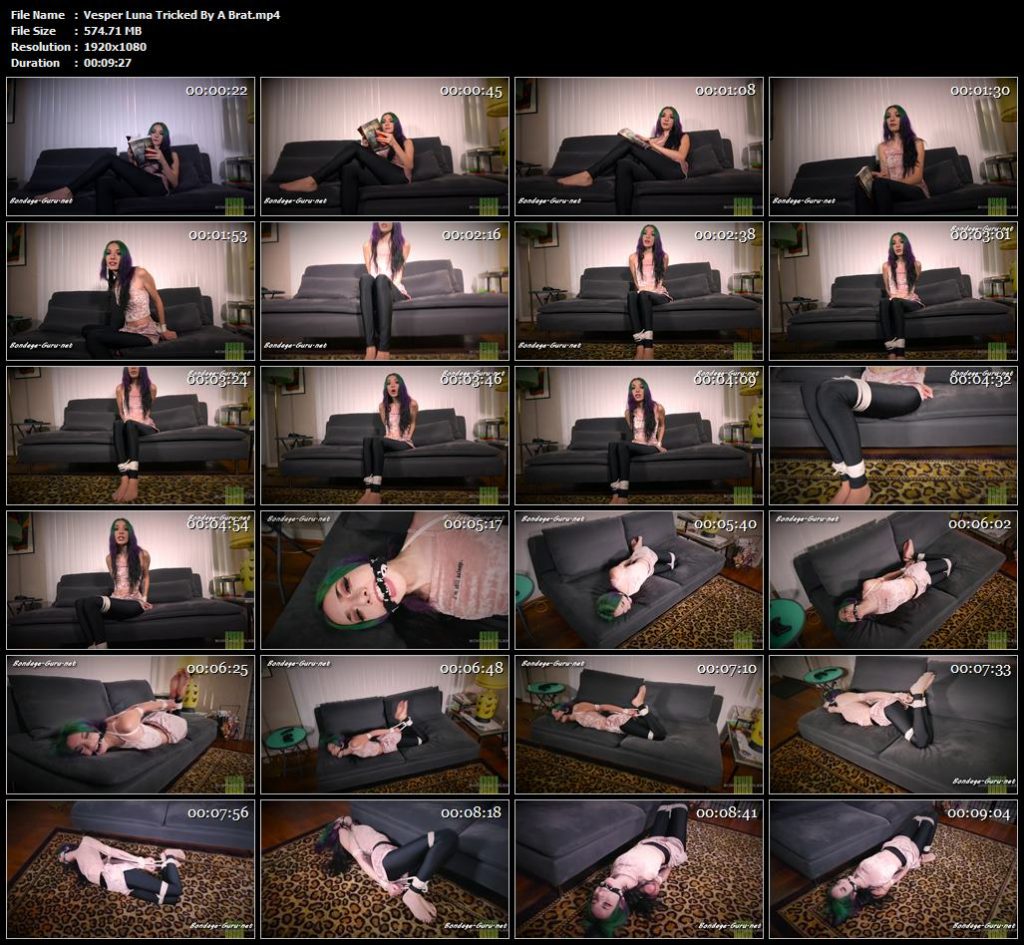