A new neighborhood hottie has just moved into the housing plan, and Slyyy has been spying on him through her living room window. She notices that he’s coming towards her house & quickly sits back down on the couch to play it cool. He knocks, she tells him to come in & he introduces himself (POV). After some quick chit chat he asks Slyyy if she’s aware of any swinger’s clubs in the area. Taken aback & a bit flustered, Slyyy tells him that she’s not familiar with them. She looks at him coyly & asks about the different activities that happen in these establishments & he tells her that he’ll show her.

The next scene has Slyyy tied into a super tight hogtie on the floor with a big ballgag in her mouth. It’s easy to see that she’s a bit angry at her predicament, and she struggles to get free while cursing at him from behind her gag. 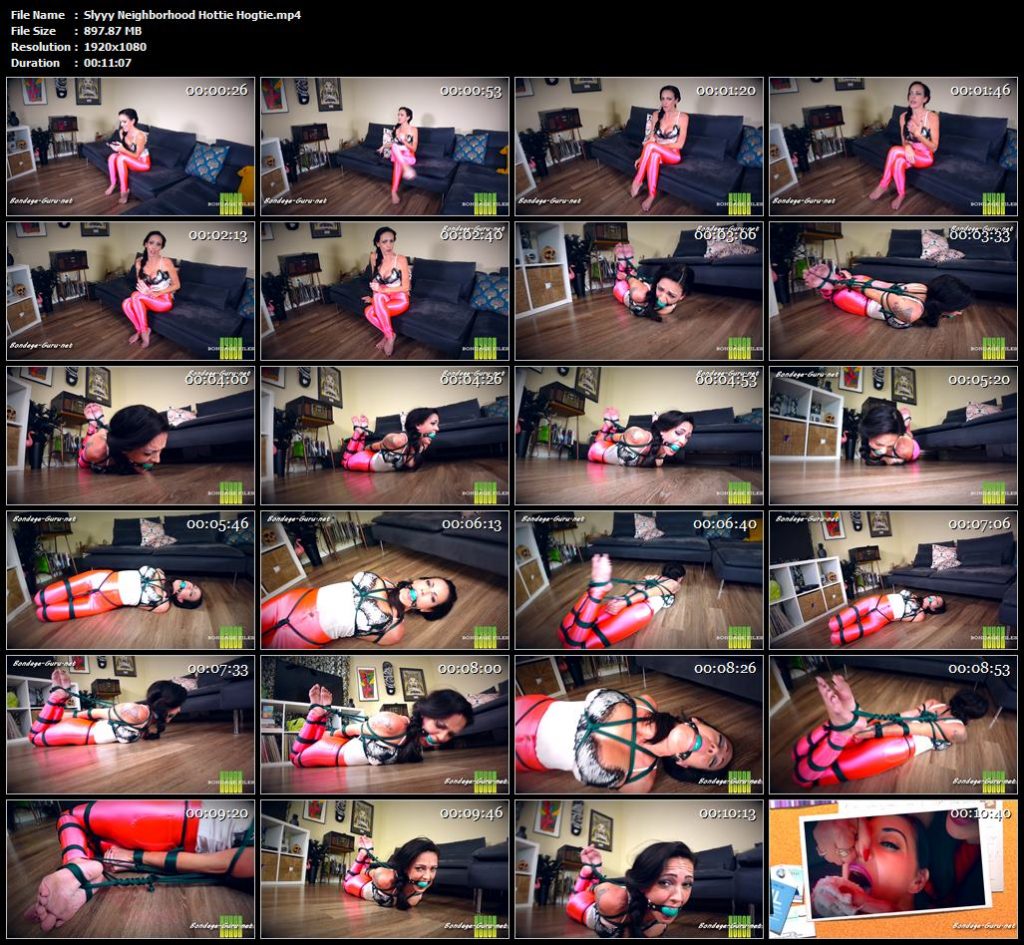