Lil Missy is talking to someone (POV) about needing money & she has an idea to get it. She will pretend to be robbed & she needs him to tie her up so that when she is found, she can tell the insurance company what was stolen & get money for the items. So, she asks him if he will tie her up since she likes to be tied up anyway. He agrees. She also tells him to call the insurance company for her since she will be tied up, plus there have been some robberies in the neighborhood anyway, so it will be believable. Missy is then shown hogtied on the floor & is cleave gagged. She is wearing a small top & a very short skirt. As she’s struggling, she hears a noise & looks upwards towards the camera. A man’s hand pulls her gag down & she tells him that there was a robber who tied her & to please untie her. Missy is then shown untied & she thanks him for saving her. Since he is from the insurance company, she will tell him what was stolen so that she can be reimbursed. He tells her that he isn’t from any insurance company but is really there to rob her. The robber has her walk into the next room & then she is shown tied standing up against a closed door. Hands are tied together & she is tapegagged. She struggles rubbing her legs together trying to loosen the ankle ropes. She hears another noise & sees her friend coming. He takes the tape off & she tells him that she was really robbed & tied up. What a mess. She asks him to untie her & tells him that she will find another way to get the money. 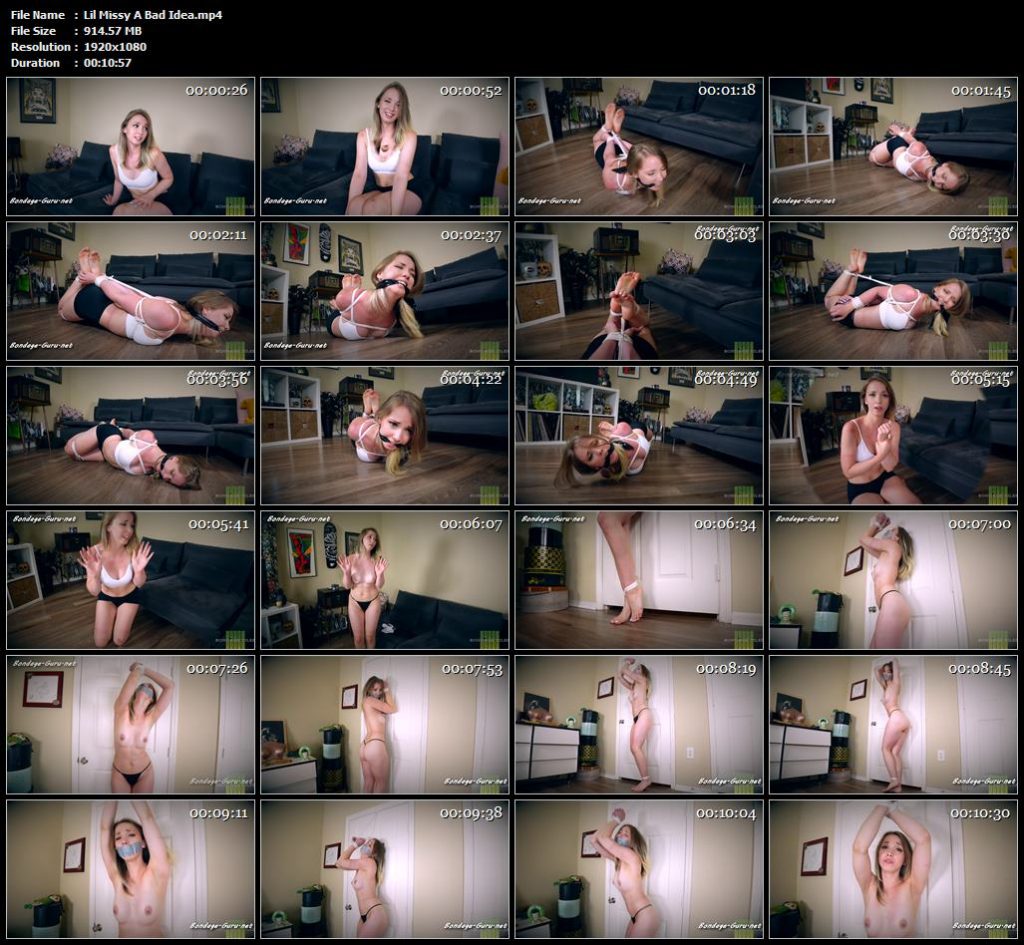