Araneae is in her Dungeon getting ready to session with her next client, when he tells her that he’s been practicing his rope skills & wants to show them off a bit. Araneae tells him that this isn’t that kind of session & orders him down on his knees. He begs to tie her up a bit, and even brought his own rope. Semi-impressed, Araneae agrees to let him practice a bit, but then they need to move on to the real session. The POV places some rope onto her, and she is quite impressed by his skill. She tells him it’s time to untie her, but he still insists on more rope. Now Araneae’s upper body is tied tight & she’s a bit agitated. The POV holds up a ballgag & Araneae warns him that it’s time to start their session. The final scene of the clip has Araneae ballgagged & in a tight hogtie. 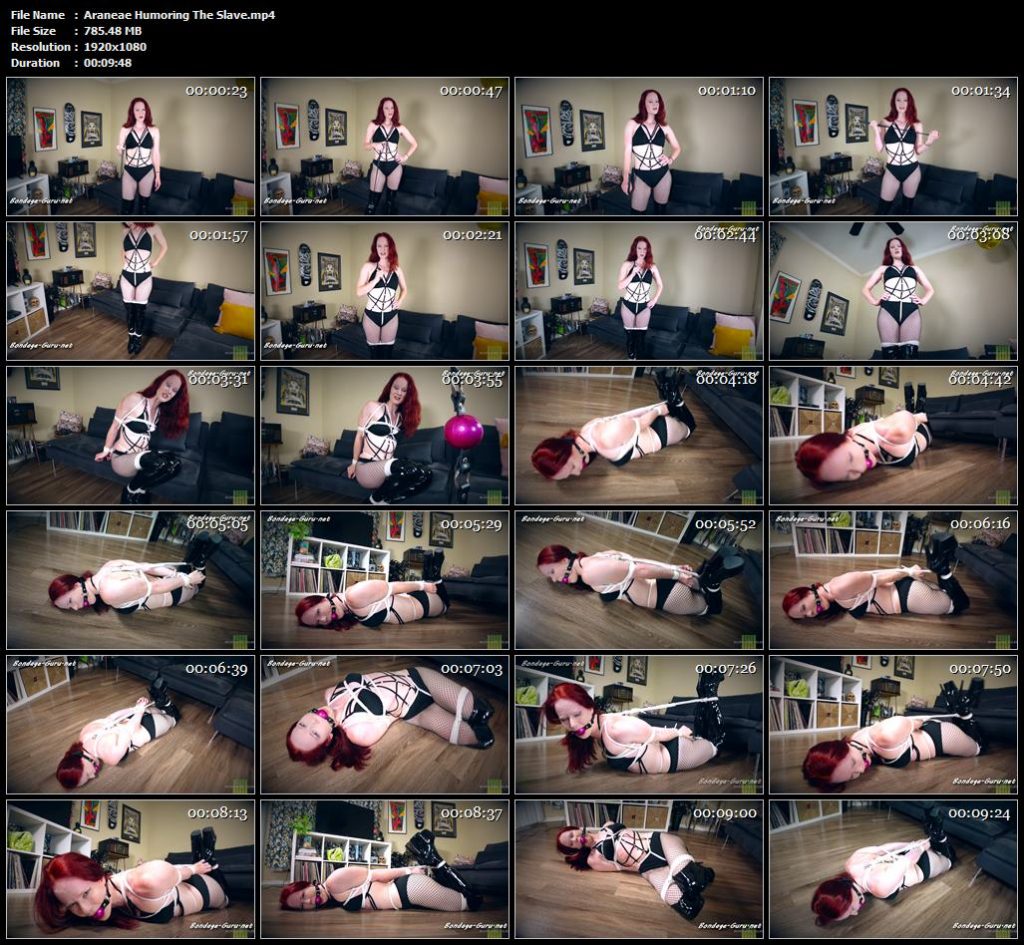