My step brother and his girl friend kept me tied up and gagged in the basement! – Girl Next Door Bondage

Crystal and her step brother’s girl friend did not like each other. So when Crystal caught them both having sex in the basement, she was very angry. She immediately threatened to call her dad to tell him what was going on. But the step brother could not let this happen. So he and his girl friend grabbed Crystal and tied her up with rope. Crystal struggled and protested as she demanded to be let loose. Crystal watched as the girl friend started to wad up her dirty panty and the next thing she knew, her step brother stuffed and tied the panties in her mouth to gag her. Crystal was very distressed as she squealed through the gag. She didn’t think that things could get any worse until her brother left her alone with his girl friend. Sometime later, Crystal’s step brother would come back to find Crystal with her panties down and his kinky girl friend with a big smile on her face. 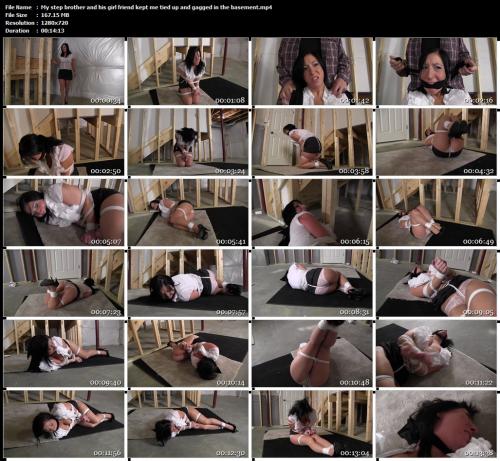