Chrissy’s captivity continue as we see her still ballgagged but now tied up tight with rough jute rope and wearing full body nylon! When he came back to untie her the first time, she tried to make a run for it, so she got it even worse now to teach her a lesson! As she is forced to endure the torturous positions, the tightly knotted crotch rope digging deeply into her waist rubs against her pussy as she squirms and struggles in her arms over head and frog tied positions. The crotch rope may be making her predicament a little more enjoyable, but she is still quite distressed, especially when she starts drooling uncontrollably! Chrissy really doesn’t want to know what else he has planned for her next so she keeps desperately trying to escape the severely tight ropes before her evil captor returns to torture her more! Unfortunately for her the tight knots and arm bondage are completely inescapable, just how he meant it to be! 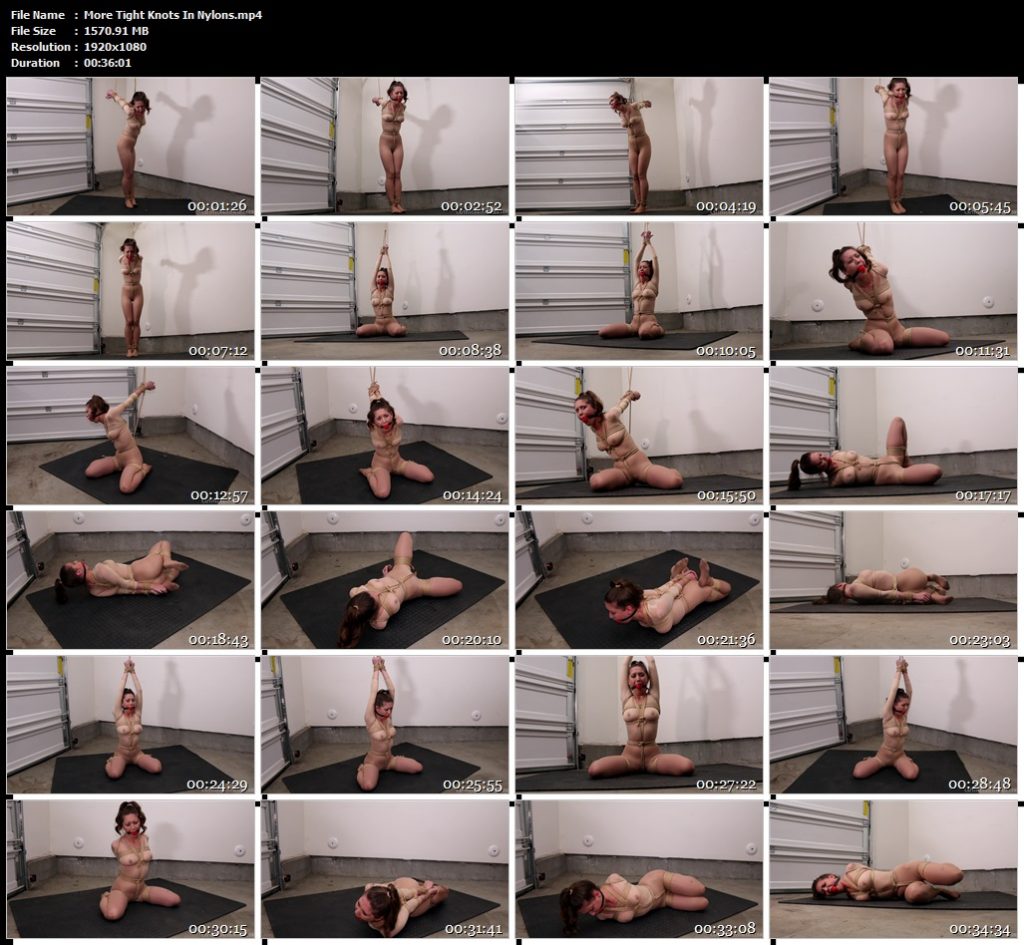 Roped In My Red Miniskirt