Destiny is one of the most energetic women are around. In real life she does the stuntwoman in action movies and she loves testing herself in extreme challenges. That’s why she visited us. She wants to taste real restraints, not the ones she did on stage. We were eager to give her what she asked. Even more. In the first frogtie she appeared confident and almost nonchalant. She tried to free herself and even managed to untie a knot. Ok, she showed to be a real challenger. But with time the restraints were pulled tighter and her muscles started to ache. In the end she had to admit she couldn’t move a inch and she started to feel the heat. We were gentle and even removed from her as more clothes as possible, before preparing her for the final ultra tight position. So you could admire her fabulous boobs. 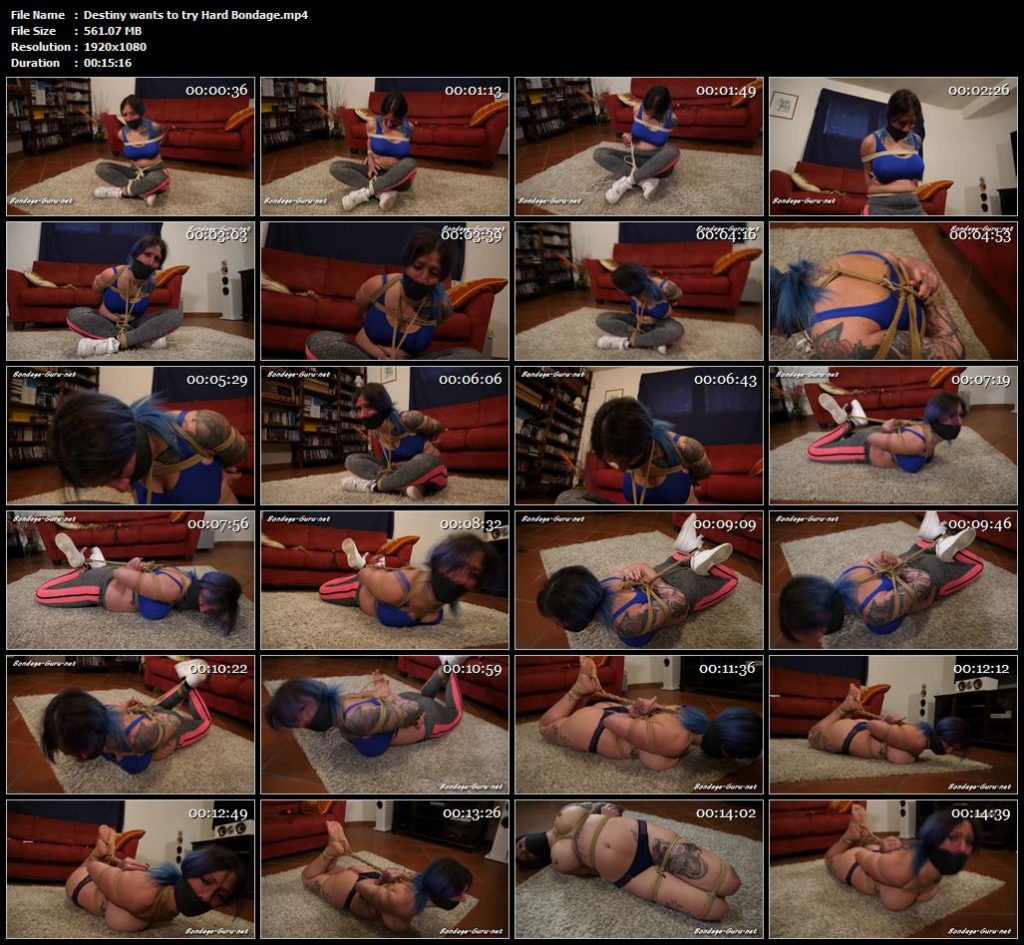