Dakkota and Gen never learn. Sure, they’re tied up VERY tightly on their sofa by a strange man, but all they had to do was keep their promise not to scream and all would have been well! Well, maybe not well, but certainly easier! Instead, the moment an opportunity presented itself, the girls screamed loudly, causing the man to clamp his hands over their mouths, sealing their cries beneath his palm. After packing their big mouths full of cloth, he tied a VERY tight Japanese style cloth over the nose gag on each girl, and not their opportunities to scream were gone forever! Left alone, they thrashed and squirmed, kicking off their shoes in their struggles as they used their pantyhose-clad feet in an useless effort to untie each other with their toes, but it was not use! They girls were going to be spending a lot if time together now, but the big worry was whether the strange man would intrude upon their alone time!!! 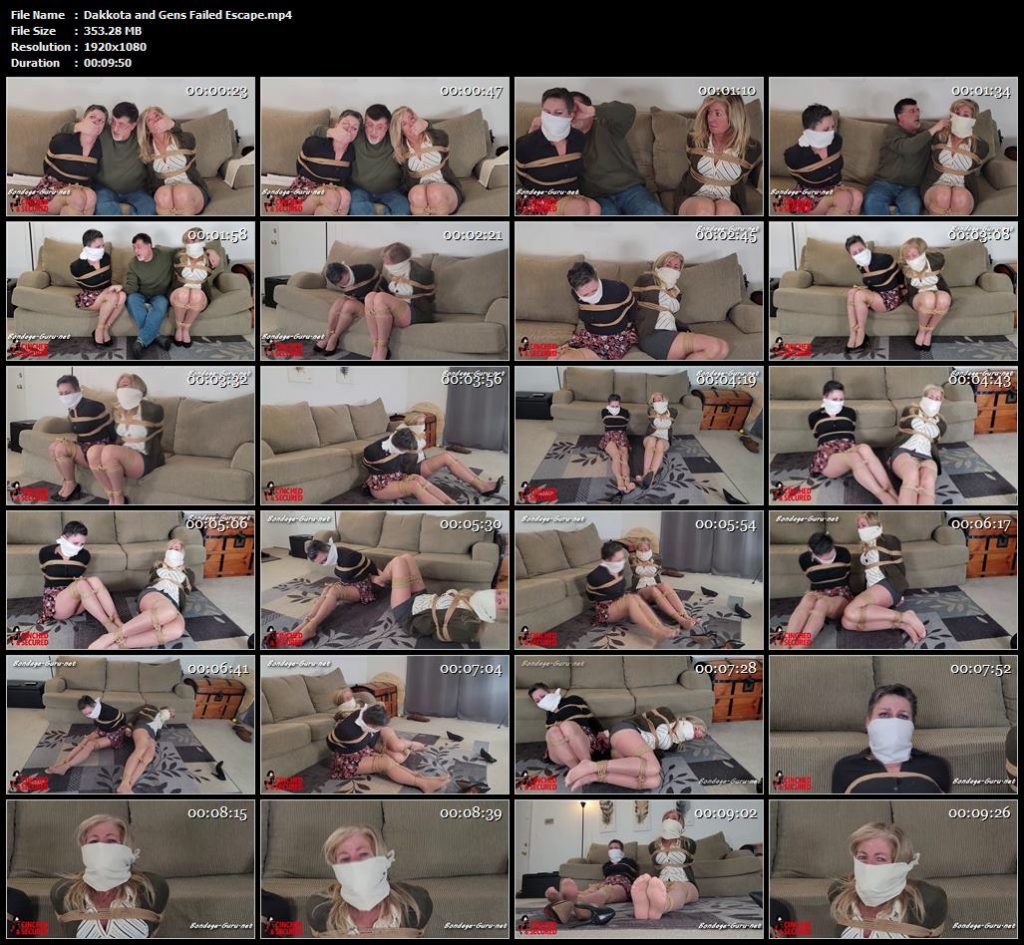