Chrissy and Casey were hitchhiking to a concert in skimpy clothes and it’s no surprise that it didn’t take long for them to catch a ride! Unfortunately they didn’t realize the dangerous situation they were getting themselves into! Soon they find themselves stripped down to just their panties and tightly bound with duct tape! They are tapegagged so they cannot call out for help, even though the man took them to a place where no one could hear them anyway! They struggle helplessly as the man tells them how naive they were to be hitchhiking in their slutty outfits, they were basically asking for this to happen to them! He gropes and torments them for a while before leaving them to struggle while he figures out what else he wants to do with his beautiful captives. Chrissy and Casey struggle but find that they are taped up too tight to break free! All they can do is squirm around on the bed and whimper hopelessly through their gags in fear of what their captor is going to do to them next! 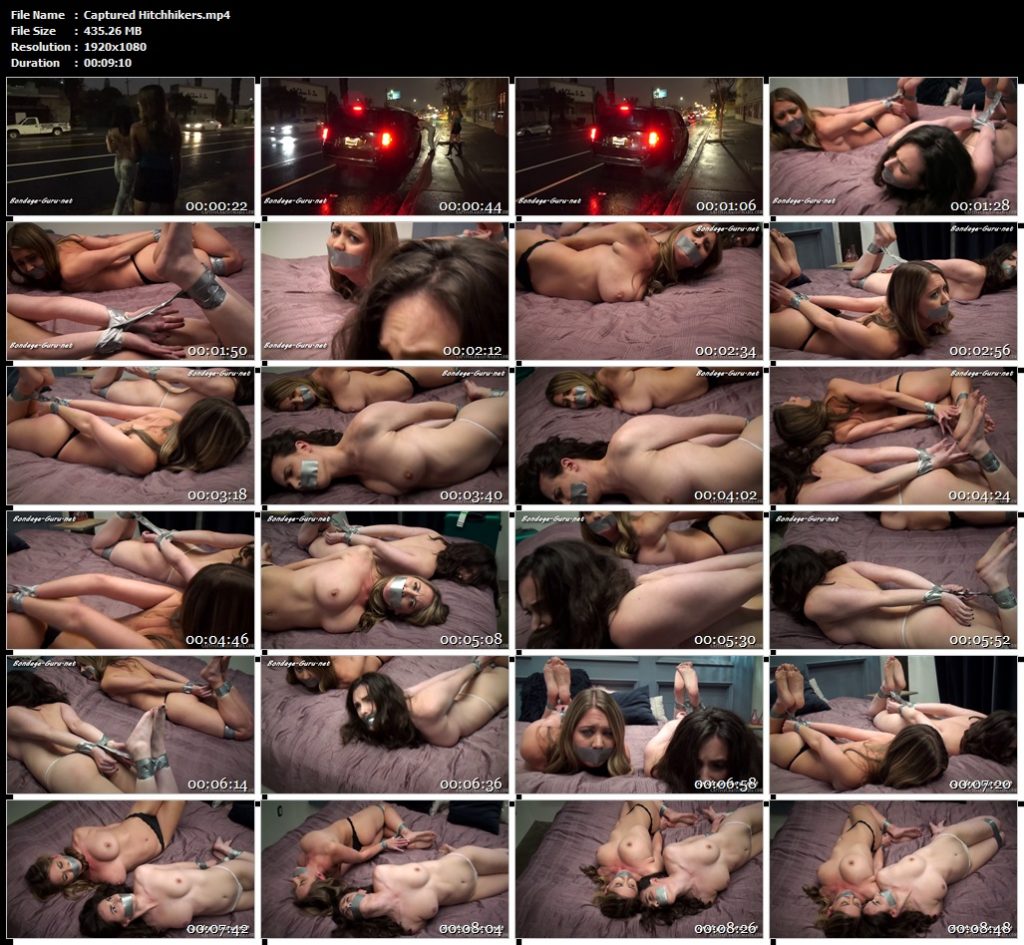