Ashley Lane & Dixie Comet Dixie and Ashley show up to their friend’s house for a party but no one is there. They seem a little suspicious that there are just two chairs sitting out in a somewhat empty room. Hopefully it’s not some trick…but maybe they’re just being paranoid. Nope, it’s a trick! The jeans and boots clad women have been Stole and are now struggling in tight chair ties. Dixie and Ashley are ballgagged calling out for help and trying to communicate to each other to find a way out. The longer they are gagged, the more drool that comes spewing from their mouths, down their chins and onto their jeans. They try to get to each other’s knots but neither girl can find any. Dixie then sees the culprit and both girls’ eyes go wide with fear and pleading. Dixie and Ashley are not tied into hogties, complete with crotch ropes. Their shirts and jeans are soaked from their drool and they struggle around to find the new knots that have been tied. They roll around on the floor, unable to control the copious amounts of drool coming from their gags. The crotch ropes add another bit of aggravation for the struggling girls. As they lay in their puddles of drool, they both come to the realization that maybe they shouldn’t except invitations to parties from people they don’t know. 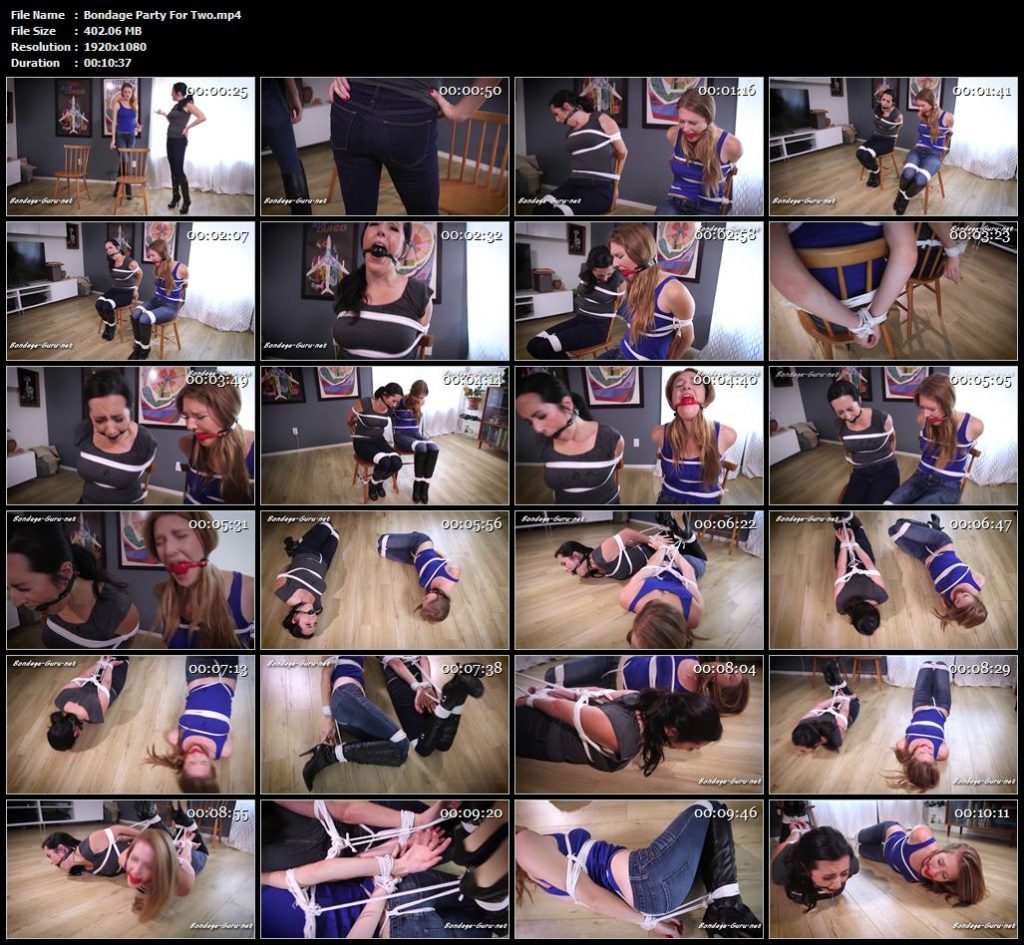