Amanda comes into Dixie’s office at the Catholic school and tells her that she would like to have a word with her after classes are finished for the day. Dixie knows exactly what it’s about. Dixie has been going off curriculum in class, talking about evolution, which is a big no no at the school. Dixie’s tired of the stuffy atmosphere of the school and since it’s her last few days before leaving for another job, she’s gonna stick it to the uptight principal one last time. Dixie opens her drawer and pulls out a some rope and a hitachi. The bell rings and she tucks it back into her drawer and gets ready for class. 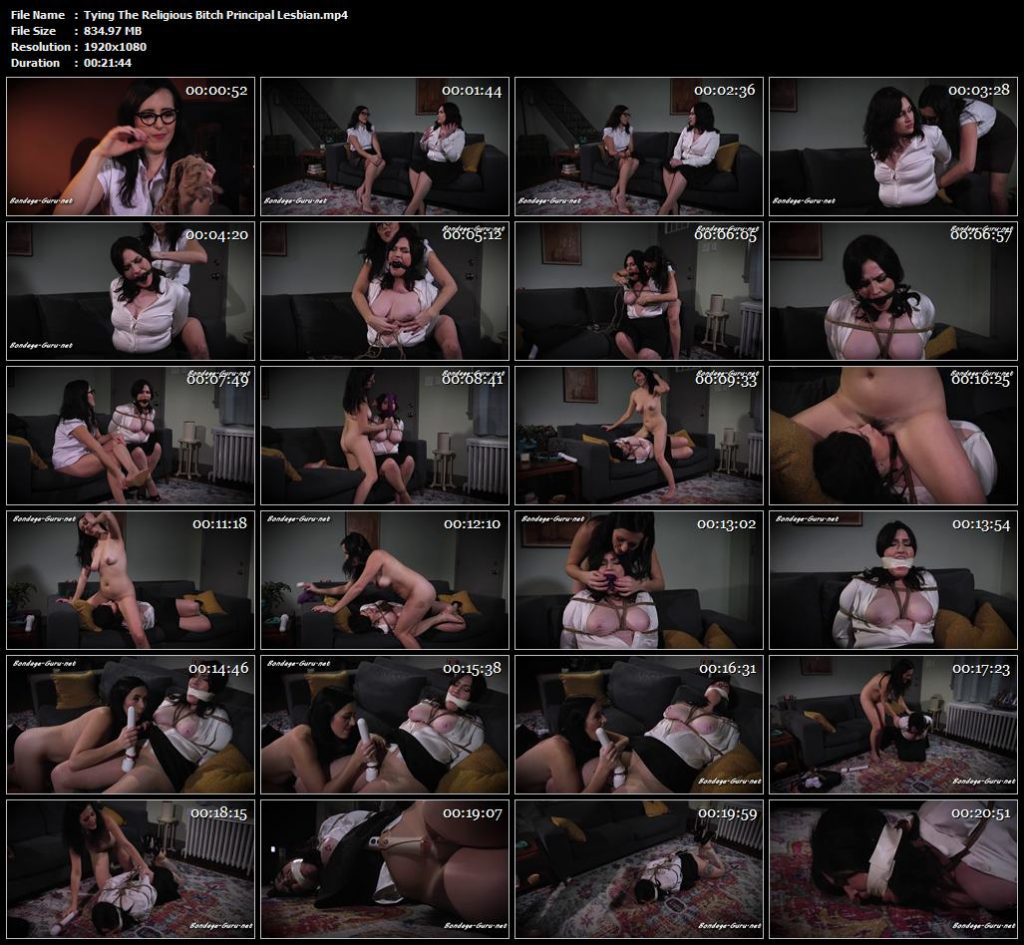