Star is sitting at her desk on the computer as Dixie silently sneaks up behind her and pulls a big pink cloth over her mouth. Star freezes in shock as Dixie leans in close and tells her to be quiet and nothing bad will happen to her. Dixie pulls down the cloth, allowing her to speak. She asks what Dixie is doing in her house and Dixie tells her that she’s been staking out her place for weeks and she’s here to rob her but first she has to tie her up. Hearing this, Star bites her lip in excitement and tells Dixie that if she’s going to tie her up she’d better make it tight. Clearly this is some fantasy of Star’s so Dixie pulls the cloth back over her mouth ” You ask if this is some kind of fantasy for her and she just says, “Maybe…” You say, “well then” and pull the cloth back over Star’s mouth and tightly knots it. Dixie orders her to take off her top and bra, which she does happily. Dixie makes her put her hands on the desk as she’s pulls down her skirt and panties, grabbing her ass and spanking it. Dixie sits Star back down in the chair and begins to bind her with tape.

Star is completely taped to the chair with her legs spread. Dixie admires her work and her body decides to untie her OTM gag to let her speak. Dixie asks where her valuables are but Star refuses to say and tells Dixie she should gag her again. Dixie hand gags Star, which she loves, but Dixie decides she needs a more through gag. She shoves the panties into her mouth and wraps her mouth many times. Once done, Dixie leans in close and tells her that she’s going to go look for her goods and she suggests that Star be a good girl. Star moans in delight and struggles for fun as she writhes her hips. 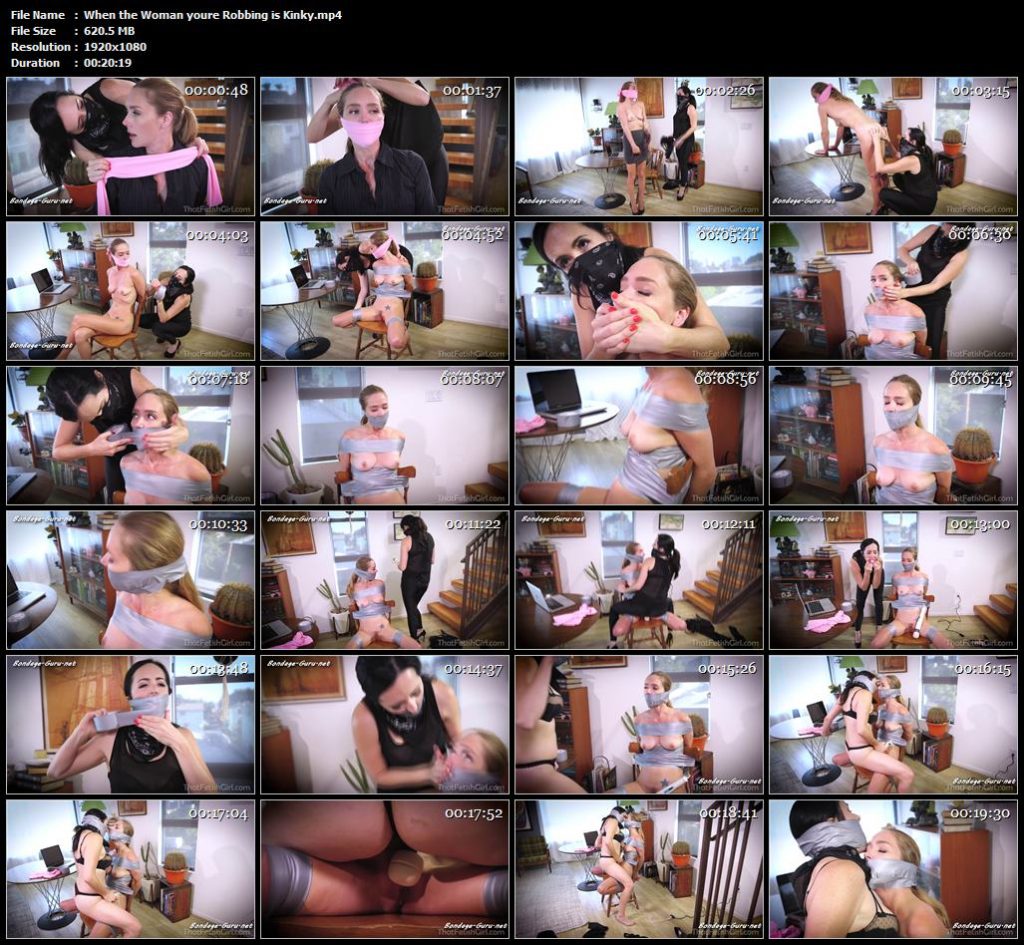