JJ and Sahrye are broke office girls and they devise a plan to rob the place that they work with the help of JJs boyfriend Tony. He will be the one to leave with all the cash in the safe and the electronics and who will get JJ tied up the rest of the way. JJ ties her knees. She lets Sahrye gag herself and then she ties her up, a lot. Sahrye struggles around in her bondage on the couch and even stands up before JJ returns. She is hesitant about what is really going on, but JJ gags herself too in hopes of easing some of the tension. She gets Sahrye into the snug hogtie and then takes off the gag admitting to the scam- she is taking off with everything without Tony’s help or Sahrye’s. She wants everything for herself..When she leaves Sahrye struggles in the hogtie for a while before discovering she can untie that rope. She manages to get to the sofa and then to the couch and then up on her feet. She hops over to her desk and tries to open the drawer to get out her purse with her phone. JJs boyfriend comes in confused as hell about JJ being gone and Sahrye being tied up at her desk. He removes layer upon layer of her gag and Sahrye spews that they were duped and that JJ is gone. 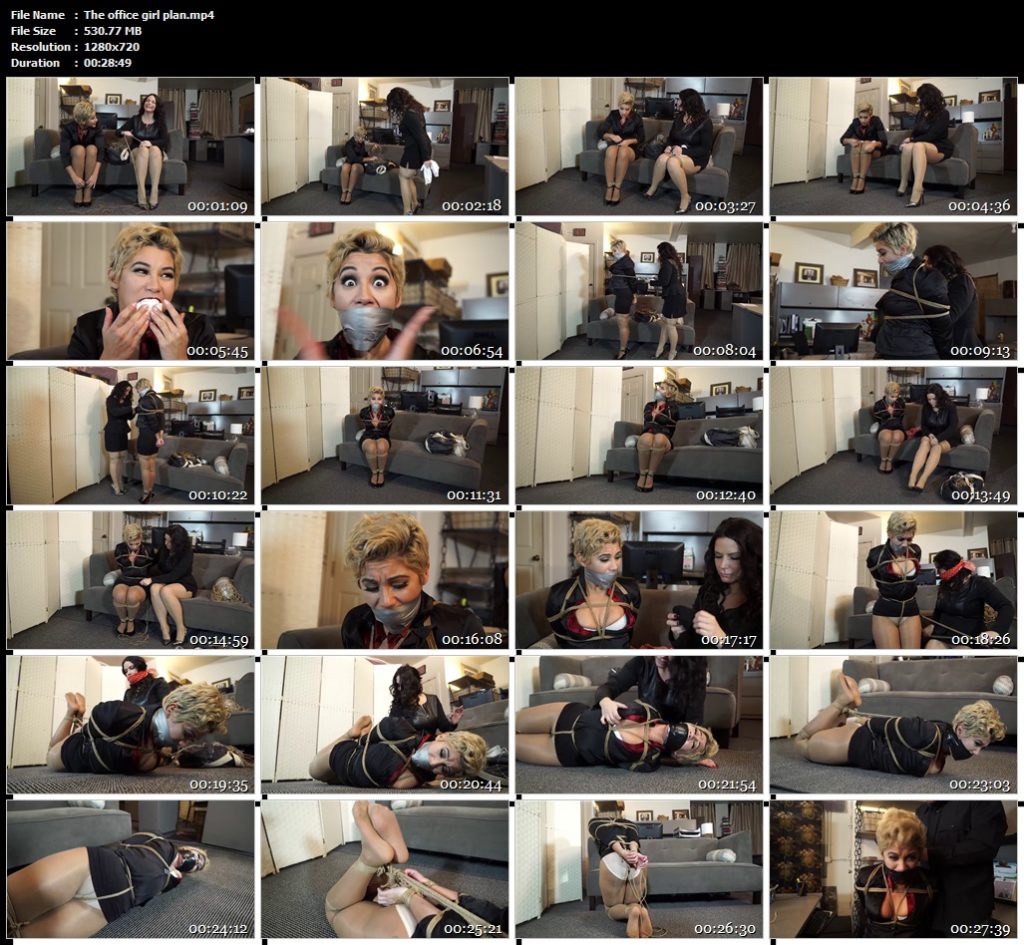