Jacqueline had gotten her information from a former bodyguard with a grudge and easily tracked the model down. She sneaked into her apartment and confronted the famous Nikki Masters. Jacqueline had a crush on her for years but the glam queen ignored all attempts to meet her. Now she would have no choice. Jacqueline easily overpowered the gorgeous woman and threw her to the bed. She took extreme pleasure in tightly tying her ankles and wrists while her hands checked out the perfect woman through her clothes. Once she was secured Jacqueline woke her up and gave her a clue at what was happening. Nikki didnt have much of a chance to protest before the rag was fed to her and secured with medical wrap. Jacqueline opened the beautiful blondes blouse and admire the most perfect set of tits she had ever seen. The pressed against the sheer material of her fancy bra leaving nothing to the imagination. The bra was quickly pulled aside and Jacqueline groped the huge boobs. Nikki was de-skirted and left in that humiliating state as Jacqueline rummaged through the apartment looking for anything of value. Once Jacqueline returned it became apparent that the woman wasnt into girls so Jacqueline called a bunch of her guy friends, the ones not in prison, to come over and do what they wanted to the helpless hot blonde. 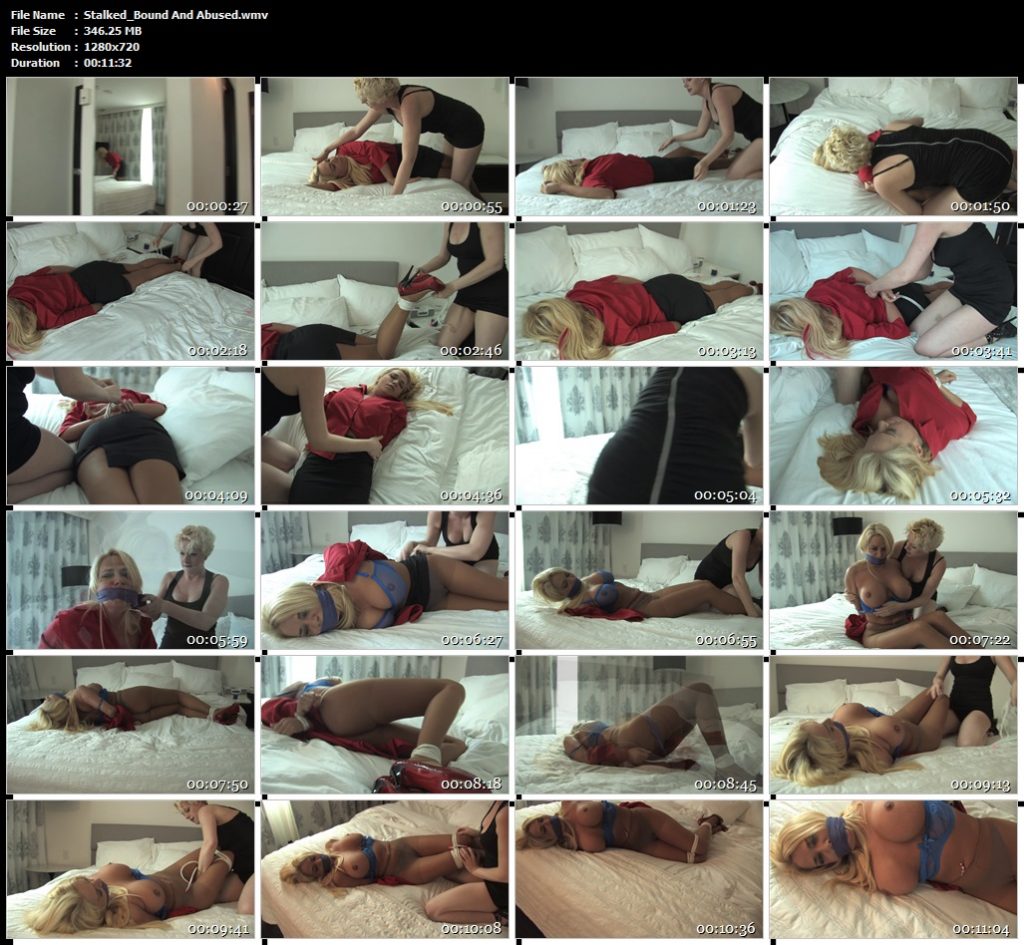 Revenge of the kinky warden – Bondage: JJ Plush, Born to be Bound

And she’s out – Bondage: JJ Plush, Born to be Bound

Bondage: JJ Plush, Born to be Bound – Stripped down, lubed up and tied up