Dixie has Cadence kneeling and tied off to an ottoman.Dixie walks in with a riding whip and whips Cadence’s pussy. First whipping her gently but gradually getting harder and harder with her swats. Cadence is having a hard time being whipped and Dixie realizes this. So, she tells her that she ahas a surprise for her and brings out the hitachi again. She ties it off to Cadence’s pussy and tells her she doesn’t have to worry about being grated permission to cum this time…she’s going to leave her there tied up for a few hours. She turns it on and before leaving her, Dixie warns Cadence that she’ll be bringing home some new fun toys to use on her upon her return. Cadence gets wide eyed and starts to squirm. Cadence tries fighting off the impeding string of orgasms…
*This was a custom video 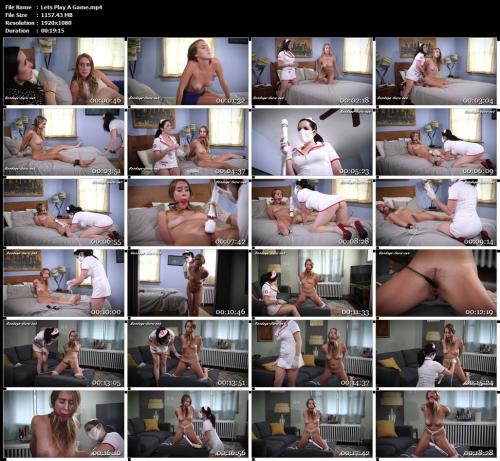