Nyxons Bondage Files – Mikayla Miles The Spy Who Bastinadoed Me

Undercover spy Mikayla Miles was caught off guard & captured by rival spy Nyxon. Nyxon is determined to get the top secret codes & will stop at nothing to get them. She ties up Mikayla into an excruciatingly tight hogtie to see if she breaks. Mikayla remains tight lipped, so Nyxon shoves an orange ballgag into her mouth & decides to take the interrogation up a notch by beating the soles of Mikayla’s large feet with a cane. 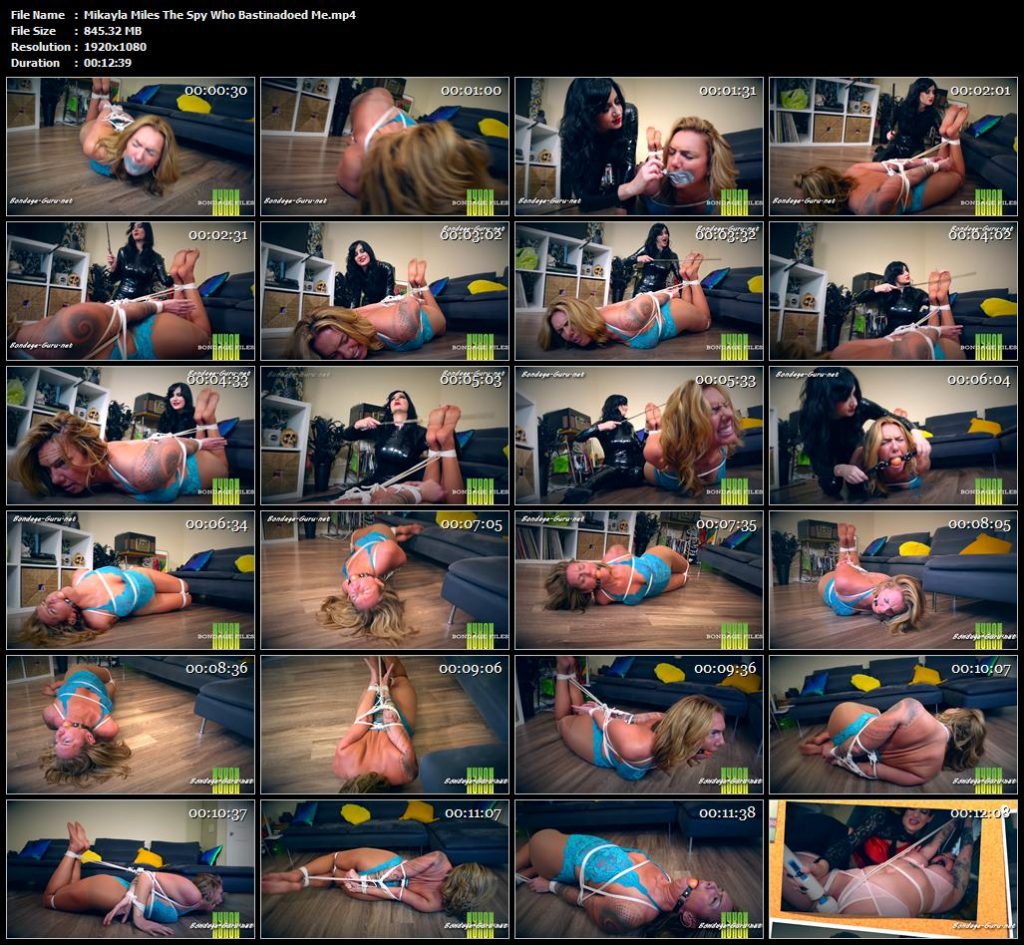