Jayda Blayze and Lexi Warrior are competing reporters. They are investigating a woman and run into each other trespassing at her house. They decide to team up and go to her office to get her nice and tied up so they have more freedom to go through her belongings, only their rope skills are lackluster and the woman escapes from being left hogtied and gagged on her desk with relative ease and heads for home to get revenge. When the scene starts JJ is already tied and about to be gagged and then hogtied on the table. So once she escapes she wants to get revenge and to be sure that neither can escape. The scene cuts to Jayda being overpowered and then shown all tied up. She is soon gagged with the big scarf she was wearing around her neck and lots of packing tape. Her arms are tied so tightly, hugging her body and she is frogtied and struggling about on the floor. She can not escape, eventually she is dragged out of the scene. Next Lexi is shown being overpowered and then shown tied tightly to a chair. Her mouth is stuffed and her black cleave gag wrapped so tightly she tries not to cry. After some time JJ decides to tie them back to back and they magically appear that way. They have both been harness gagged. JJ tells Jayda that Lexi was going to take the files they were looking for and run the story despite promising to work together, so now the two are enemies again and find themselves helpless together. After some time they are knocked on their sides so their hands are now available and they are all taped up so they can’t help one another escape. 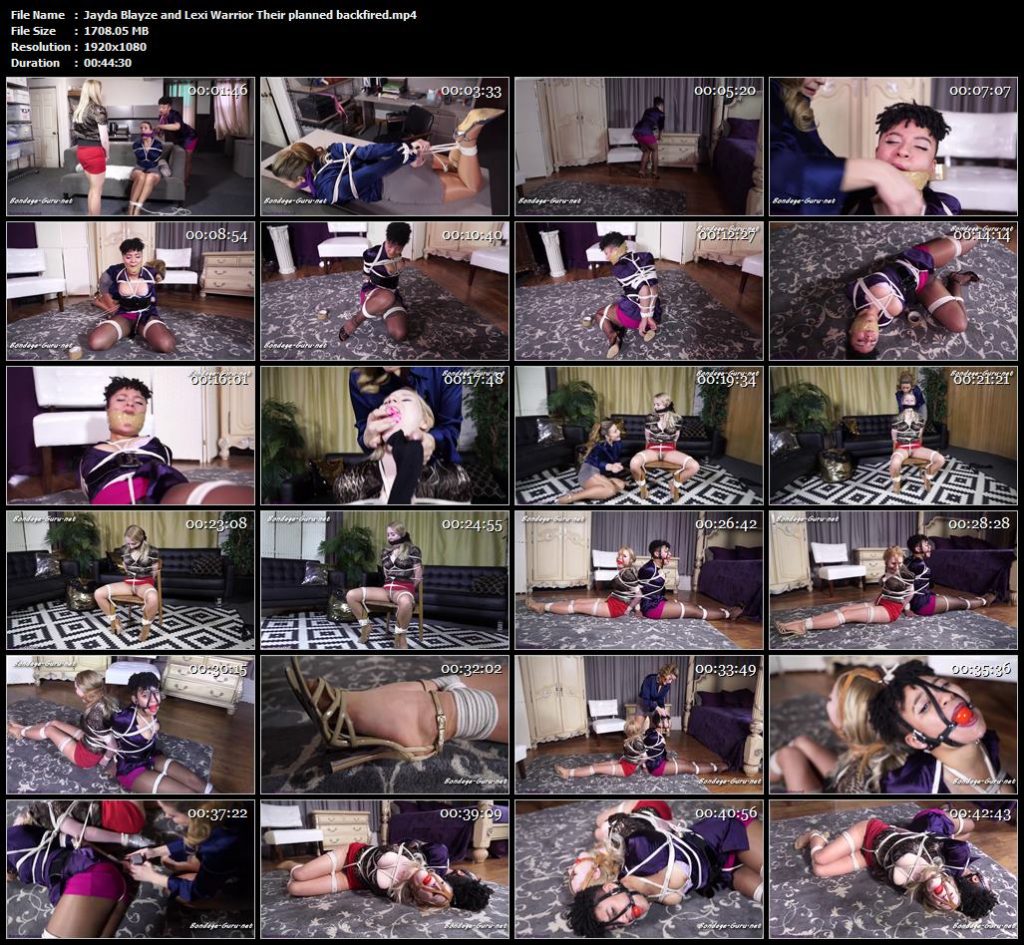 She made me tape up my own sister – Bondage: JJ Plush, Born to be Bound

Won’t he be surprised when the wife shows up instead. – Born to be Bound

Anna is back for two clips in one!! – Bondage: JJ Plush, Born to be Bound

Bondage: JJ Plush, Born to be Bound – Not again JJ…

Bondage: JJ Plush, Born to be Bound – I’m not going to charge you more even though I am way hotter now AND SHOULD…